The city of Alton and Ameren Illinois are partnering to make some needed improvements to Riverview Park in Alton.

With a $17,700 grant from Ameren Illinois, the city will be able to replace the aged and failing electrical system that serves eight of the light fixtures, erect a new electrical panel as well as update the electrical wiring and fixtures at the gazebo and in the restrooms.

The improvements will enhance the experience for residents who attend events at the park and give the city of Alton an opportunity to expand the use of the venue. It will also provide the byway traveler, pedestrians and bicyclists with improved access to a natural observatory at the confluence of the great rivers. 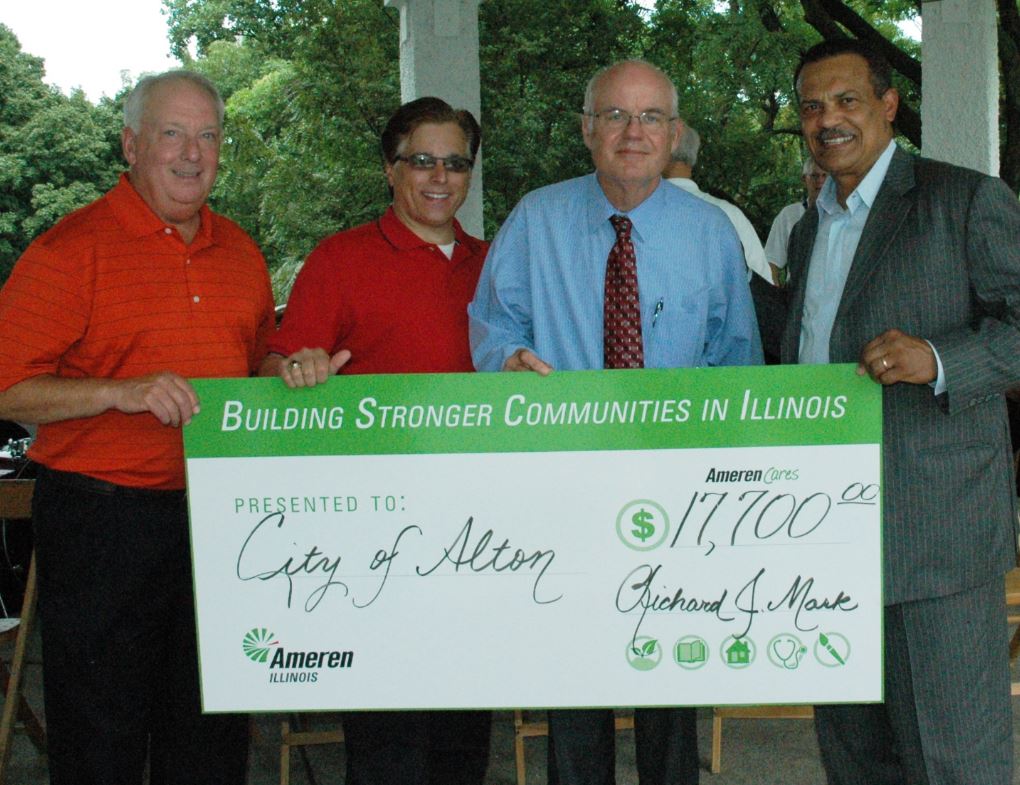 “Ameren Illinois has always stepped up when our communities need help,” said state Rep. Dan Beiser. “This project is a great example of the public and private sector working together to make a difference.”

“I am pleased that Ameren Illinois agreed to assist us in upgrading our lighting system,” said Mayor Brant Walker. “Riverview Park has been an intricate part of Alton and the historic Christian Hill neighborhood since 1914.”

Riverview Park is the highest (575 feet) naturally occurring overlook in Alton. It is located in the historic Christian Hill neighborhood and is on the National Register of Historic Places. It also features natural areas, flower gardens and a gazebo which is the site of many weddings. The Alton Municipal Band has played in Riverview Park since its inception.

“After hearing about Riverview Park lighting issues from Rep. Dan Beiser, we reached out to Mayor Walker and Robert Barnhart, to see what our Operations team could do to help,” said Richard Mark, president of Ameren Illinois. “This scenic park is such an important asset and we’re glad we could assist in upgrading the lights so residents and visitors can have a safe and enjoyable experience.”

The work is scheduled to begin immediately and is expected to be completed by Sept. 1.