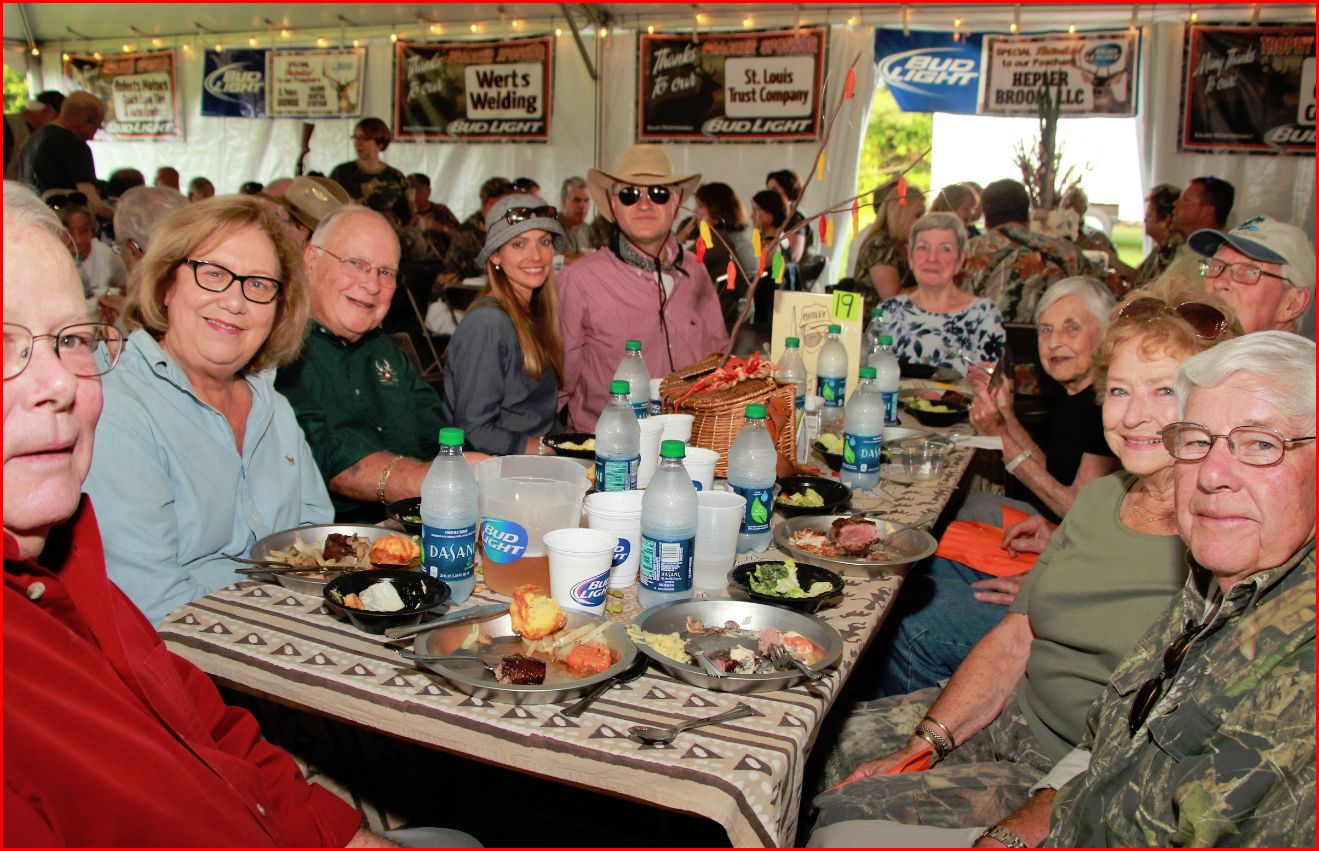 ALTON — After enduring three years of cold, damp weather, the Alton Memorial Health Services Foundation’s Duck Pluckers Ball was rewarded with a near perfect day at Nilo Farms on June 4. Even better, the event raised a record $97,710, which surpassed last year year by $25,000 and ensures another state-of-the-art ambulance for Alton Memorial Hospital and the community.

“I’d like to thank all the attendees, sponsors, donors and volunteers for making this event such a success,” said AMH President Dave Braasch. “Because of you, seven — and soon eight — ambulances give people in our community every advantage for a good outcome.”

The American Heart Association awarded the AMH EMS staff with the 2016 Mission: Lifeline Silver Award. The staff was honored for their ability to recognize patients in the field who may be experiencing a heart attack and to provide appropriate treatment prior to arriving at the hospital. The award, presented to EMS manager Jason Bowman, recognizes the number of patients who were able to walk out of the hospital following their cardiac arrest.

“We share this award with everyone here tonight,” Bowman said. “Your support gives us the tools we need to provide this level of care.”

Bowman thanked Alton Memorial Health Services Foundation and announced that next year his team is going for gold.

The first activity of the day was the dog demonstration, where the enthusiasm of the dogs was matched by the receptive crowd that gathered to cheer them on. Next was the Homer Clark Quail Flush Championship, a Duck Pluckers tradition. This year, the competition was won by Braasch and his son-in-law, Nate Hartley.

Dinner was prepared by Morrison chefs from throughout the BJC HealthCare system. The meal consisted of tenderloin filets grilled on-site, gouda mashed potatoes, maple glazed carrots, grilled peppers, onions and mushrooms along with Caesar salad. A variety of gourmet cupcakes donated by Duke Bakery were a fitting end to an outstanding meal.

Auctioneer Maurice File then took center stage as the live auction began, which pushed the evening to its record fund-raising total.

“Two years ago, our camo ambulance doors were pink in support of women fighting breast cancer,” Braasch said. “Last year, we went with blaze orange in recognition of the upland game and deer hunters. The ambulance we purchase with funds raised tonight will feature military camo as a tribute to all the men and women who serve or have served in the armed forces. This ambulance is expected to hit the streets late summer.”

Duck Plucker ambulances are equipped with the latest life-saving features including Bluetooth technology, which allows the crew to perform EKG tests while en-route to the hospital. Since the Duck Pluckers Ball began in 2009, more than 45,000 people have been transported in these ambulances and many lives have been saved.