By DENNIS GRUBAUGH
A local conservancy group is getting considerable backing in an effort to protect and elevate the status of ancient mound sites in and around Metro East, but it remains to be seen if the campaign can get over the hump before President Obama’s term ends.
The HeartLands Conservancy, based in Mascoutah, has been working the last four years to promote the status of Cahokia Mounds State Historic Site and to add protections for some of the 580 mounds sites located throughout the St. Louis region.
U.S. Sen. Dick Durbin, D-Illinois, officially gave the idea his stamp of approval in a letter to the president on April 28. Specifically he asked the president to designate the Cahokia Mounds State Historic Site as a National Monument. Cahokia and other significant mounds would collectively be a unit of the National Park Service.
Durbin, in December 2014, requested the National Park Service undertake a survey on the suitability of Cahokia Mounds as a unit of the National Park Service. That survey is not yet complete.
Such a move, supporters say, would bolster the viability of Cahokia Mounds and further promote the region as one of the best examples of ancient culture in the United States.
“At over 4,000 acres, Cahokia Mounds was the central hub of the large Mississippian Culture that ruled and traded over half of North America, more than 1.25 million square miles,” Durbin’s letter to the president says. “This area was the first known organized urbanization and government north of Mexico that also used mass production agriculture and commerce. Some of the mounds built between AD 900-1400 still stand as earthen monuments and remnants of Mississippian Culture — North America’s greatest prehistoric ancient culture and ancestors to many of today’s great Indian nations.” 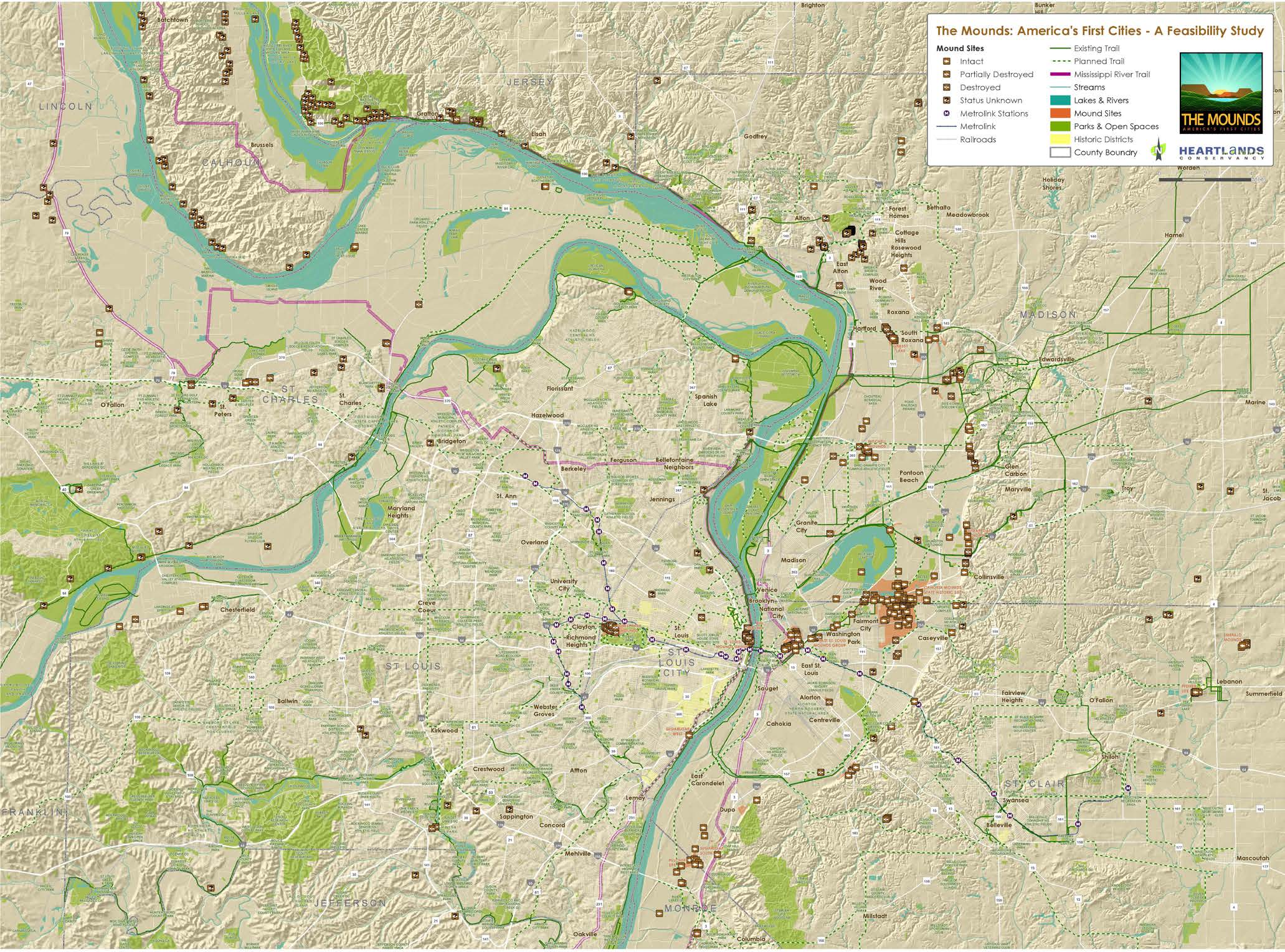