By MELISSA CROCKETT MESKE
The next generation of banking began for Julie Laurent’s family when she declared her career choice at her eighth-grade graduation ceremony. Her father spent more than 50 years in banking and talked about it often. His stories had always fascinated Laurent, and she was hooked. 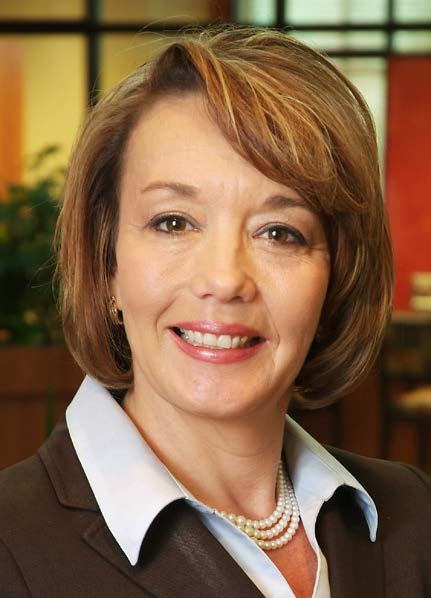 Fresh out of high school, Lisa Fowler’s first job was at the local bank. Always knowing she wanted to have a career in business, she has now spent the last 32 years developing her career in banking and finance.
As First Clover Leaf Bank’s Executive Vice President, Fowler also serves as their chief credit officer. She began her career with the former Clover Leaf Bank in June 2000 before two mergers occurred that added the word “First” to the bank’s moniker.
The foundation of her career has been in lending; that is still her priority today at First Clover Leaf Bank’s headquarters on Goshen Road in Edwardsville.
Her role at the bank is focused on protecting its credit integrity. She is responsible for maintaining the credit quality of the bank’s commercial lending portfolio as well as its consumer and mortgage lending portfolios. She is also involved in the overall bank management.
Fowler has a Bachelor of Science in organizational leadership from Greenville College in Greenville. She also completed the three-year advanced studies program within the graduate school of banking at University of Wisconsin on a scholarship that was awarded to her by the Illinois Bankers Association. Additionally, Fowler has completed many specialty courses offered through the banking industry. Professionally, she is a member of the Financial Managers Society.
Fowler believes that those entering the field will face challenges that are much different than those she faced when she entered the industry. Most importantly, technology and its advances will need to be embraced as the regulatory environment continues to make stronger demands on professionals working in the field.
“Technology will continue to be key in managing all of the regulatory requirements and compliance. You just can’t remember it all. Keeping up with ongoing changes in the rules and regulations of the industry demands thoroughness, and technology plays a vital role in ensuring that you are always thorough,” she said.
Growing up in Bethalto, Fowler resides in Rosewood Heights with her husband. They have one son. She is also an avid marathon runner.
First Clover Leaf Bank has recently expanded outside of Madison County with locations now in St. Clair County and Clayton, Mo. With the recently announced merger with First Mid-Illinois Bank, it looks forward to offering additional products and locations to customers.

Posted in Spotlight On Southwestern Illinois Women In Banking And Finance