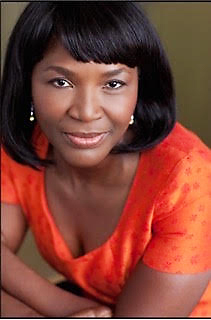 Would you ever try to avoid a restaurant tab by hiding out in the bathroom, hoping the waiter would eventually give the check to someone else?
Pretty irresponsible behavior, but that’s essentially how a lot of multinational corporations try to dodge their taxes through “corporate inversions.” They pretend to disappear offshore while actually staying right here, thereby avoiding U.S. income taxes. And small businesses like mine get stuck with the bill.
An American corporation inverts when it arranges for a smaller foreign firm to “acquire” it, which moves its legal address offshore, usually to a tax haven. The original U.S. firm still owns a majority of the merged entity and the company is still actually run from America, but the inverted corporation can dodge billions of dollars in U.S. taxes.
Inversions and other types of offshore corporate tax dodging cost us $90 billion in lost federal revenue each year, according to government estimates. When big corporations avoid their taxes, the rest of us — especially Main Street businesses like mine — wind up paying.
Several Illinois corporations have inverted in recent years, including CF Industries (the deal is pending), Horizon Pharma and insurer Aon. Two other local companies — pharmaceutical firm AbbVie and drugstore chain Walgreens — planned inversions, but a Treasury department rule change that took away the tax break and public opposition stopped them. Walgreens would have avoided $4 billion in taxes over five years if its deal had gone through, according to Americans for Tax Fairness.
A big draw of an inversion is that it gives corporations tax-free access to offshore profits. American companies owe U.S. taxes on all their worldwide profits but can indefinitely delay paying those taxes on earnings stashed offshore, although their use of that overseas cash is thereby restricted. If they invert, however, that postponed tax bill is erased forever and the companies have unlimited use of their money.
Pfizer, the pharmaceutical giant, was hoping that its now cancelled inversion with a smaller Irish firm would have given it tax-free access to more than $150 billion in offshore profits, allowing it to dodge up to $35 billion in U.S. taxes.
Corporate offshore earnings now total a staggering $2.4 trillion, on which nearly $700 billion in U.S. taxes is due, according to Citizens for Tax Justice. Just 50 companies are responsible for three-quarters of those earnings. Apple alone owes $61 billion on $200 billion of offshore profits.
Corporate lobbyists claim U.S. companies are “forced” into tax avoidance because of our nation’s high statutory corporate tax rate of 35 percent. But the only tax rate that matters is what you actually pay, and after deductions, credits and other subtractions, hardly any American corporations pay the full rate. In fact, large profitable U.S. corporations paid at only a 14 percent rate between 2008 and 2012 — a lower rate than many middle class families pay, according to the U.S. Government Accountability Office.
Large multinational corporations can often dodge the most taxes. That’s because they can stash their profits in offshore tax havens, indefinitely avoiding U.S. taxes while paying little or nothing locally. Microsoft, for example, has paid only 3 percent in foreign taxes on the $108 billion in earnings it holds overseas, and Apple only 5 percent on its $200 billion.
As a small-business owner, I can tell you small businesses don’t pull tax stunts like inversions. You’ll never hear about a corner bakery or neighborhood computer repair service transferring their official headquarters to the Cayman Islands or Luxembourg in order to dodge taxes. We pay our taxes every year like we’re supposed to, while also creating most of the nation’s new jobs and supporting our local communities.
Main Street businesses suffer at least three ways from corporate tax dodging.
First, like all taxpayers, small-business owners have to fill the void left by corporate tax avoidance. That means paying higher taxes themselves, accepting reduced funding for public services, or seeing our national debt rise — or some combination of all three. Next, our businesses are hurt by the bad roads, inadequate education, and depressed economies that result from underfunded public services. Finally, tax-dodging corporations get one more competitive advantage over tax-paying small businesses like mine when the playing field is already severely tilted against Main Street.
We can prevent inversions. Earlier this year, the Obama administration issued new anti-inversion rules that forced Pfizer to abandon its inversion plans. But the Treasury regulations that stopped the Pfizer deal won’t work in every case. What’s needed is comprehensive legislation from Congress.
Illinois can be proud that its own Sen. Dick Durbin is a leader on this issue. He recently led a group of lawmakers that urged the Treasury Department to issue rules that take away some tax breaks when a company inverts. The rules stopped Pfizer, and they will affect many other companies by limiting the use of earnings stripping and other tax avoidance schemes that are often used by foreign-controlled U.S. corporations following an inversion. Durbin is also the lead sponsor of the Stop Corporate Inversions Act, and an original cosponsor of legislation to curb earnings stripping and ban federal contracts for companies that change their address offshore to avoid paying their fair share of U.S. taxes.
Our corporations prosper, thanks to a wide variety of public services: good schools, consistent laws, strong national defense. They should no more be allowed to dodge their taxes through an inversion than a satisfied restaurant patron should be allowed to jump his check. By outlawing inversions, we can better ensure American corporations pay what they owe.
Bibiann Lebechi is the owner of Doctors Unlimited Service Corp. on the South Side of Chicago.