Robert “Bob” Wydra, who helped turn Tri-City Regional Port Authority in Granite City into one of the leading port development projects in the country, died at home Wednesday, May 4, 2016. 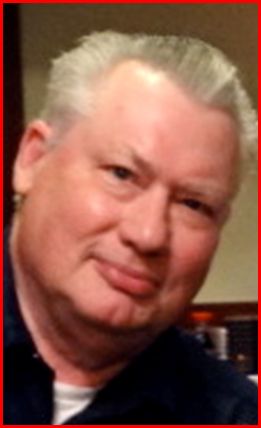 Wydra died quietly in his home around 11:50 a.m. surrounded by loved ones.

Before retiring in 2010, Wydra worked at the Tri-City Regional Port Authority, now called America’s Central Port, since 1982. Under his leadership, the port became an economic engine for Southwestern Illinois, continuing to develop into an intermodal transportation facility. Prior to joining the Port District, he was director of planning for Southwestern Illinois Planning Commission for 15 years.

According to his obituary, Wydra received much recognition for his continued economic development efforts and his ability to bring people together for progress. He was chairman for the Salvation Army for two years, received the St. Louis Commerce and Growth Association’s “Sold on St. Louis” Award for promoting the St. Louis area in the world economy and also received the “Art of Business Leadership” Award from Southwestern Madison County Chamber of Commerce in 2005. Most recently in 2011, he received the “Salute to Southwestern Illinois” Award from the Leadership Council Southwestern Illinois. This award recognizes those contributing to the success of the Metro East region.

Wydra received his Master’s of Science Degree in Community Development and Regional Planning from Southern Illinois University Edwardsville with a Bachelor of Arts Degree in History and Education. Prior to starting a family, he also spent two years with his wife, Kay, in India and Israel in Economic Development working as an American Peace Corps volunteer.

His dedication to his trade and community service resulted in the creation of Bob Wydra Day on June 25th via Congressional Record.

Wydra and his wife of more than 50 years, Kay, have two children together: Nicole, who lives in Glen Carbon with her husband Kurt and their two children; and a son, Paul, who lives in the Nashville, Tenn., area with his wife, Shauna.

There will be a private memorial service with immediate family and no funeral or visitation. Donations may be made on behalf of Bob Wydra directly to the Prostate Cancer Foundation. More information may be found at www.pcf.org or by calling 1 (800) 757-CURE.