As Nick & Vito’s prepares to celebrate two years in business in mid-May, Renfro says the support from the Illinois Metro East Small Business Development Center at Southern Illinois University Edwardsville has also been a factor in his small business’ success. 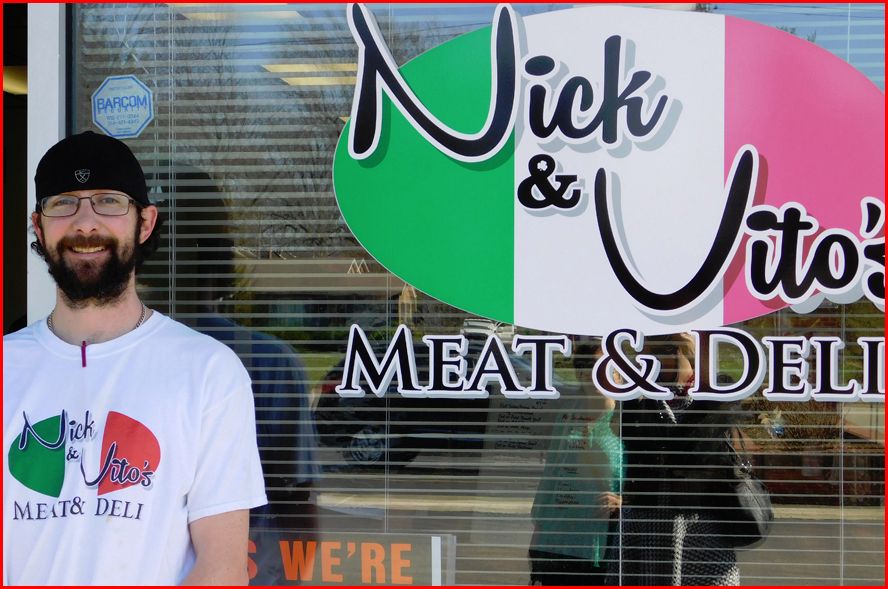 “I make everything from scratch,” said Renfro, who opened the deli and butcher shop on Mother’s Day in 2014 along with his father, Tony, and co-owner, older brother and best friend Vito Renfro. Vito passed away seven months later. Nick’s promise to his brother was to continue doing what the Renfro brothers loved – baking and serving the best, freshest, tastiest sandwiches around.

“Our most popular sandwiches are Reubens with corned beef and pastrami, and Philly cheese steak sandwiches,” Renfro said. “We have a motto: ‘We don’t say no.’ Even if it’s not on the menu, we’ll make any sandwich you want to eat.”

Braunschweiger sandwiches are a regular request from the senior-aged ladies who live on Belleville’s west side, according to Renfro. In addition to a slew of homemade, hand-smoked and cured meats, Nick & Vito’s features broccoli and eight-cheese soup, homemade chili and hand-sliced potato chips.

The Metro East SBDC was particularly helpful to the deli owners on the topic of marketing. SBDC Business Specialist Jo Ann DiMaggio May provided valuable insights based upon her unique experience working for many years in her family’s Italian restaurant. Di Maggio May advised the Renfros on key issues like signage, lighting and merchandising, all at no cost.

“I’m thankful to have received some incredibly valuable tips from Jo Ann,” Renfro said. “I ran a meat department for 15 years before starting this business, but owning a butcher shop and deli was new to me. The Metro East SBDC gave me a lot of good advice to put into practice.”

May says working with Renfro was easy because he was diligent in putting her advice into practice.

“Nick quickly put my recommendations to work and built a loyal customer base through hard work and dedication,” May said. “I am proud of everything he has done to ensure long-lasting success for his family business.”
Renfro’s two employees, Kathy Funk and Adam Williams, have also been vital to the small business’ success.

“They’re family to me,” he said. His immediate family members are part of the team, too. His daughters, 11-year-old Aly runs the cash register when available and six-year-old Madison, his “people person,” chats with customers while sipping Ski soda.

Every week, the deli and butcher shop prepares and sells 80 pounds of turkey and 90 pounds of roast beef. Renfro’s signature turkey breast is baked and then deep-fried at the end of the process.

“I take briskets, and I brine them, pad them dry, season them, let them sit for a day and then steam smoke them for eight to nine hours,” he said. “I brine the corned beef and go old-school, simmering them according to my Irish granny’s 1950s recipe. We offer samples all the time.”