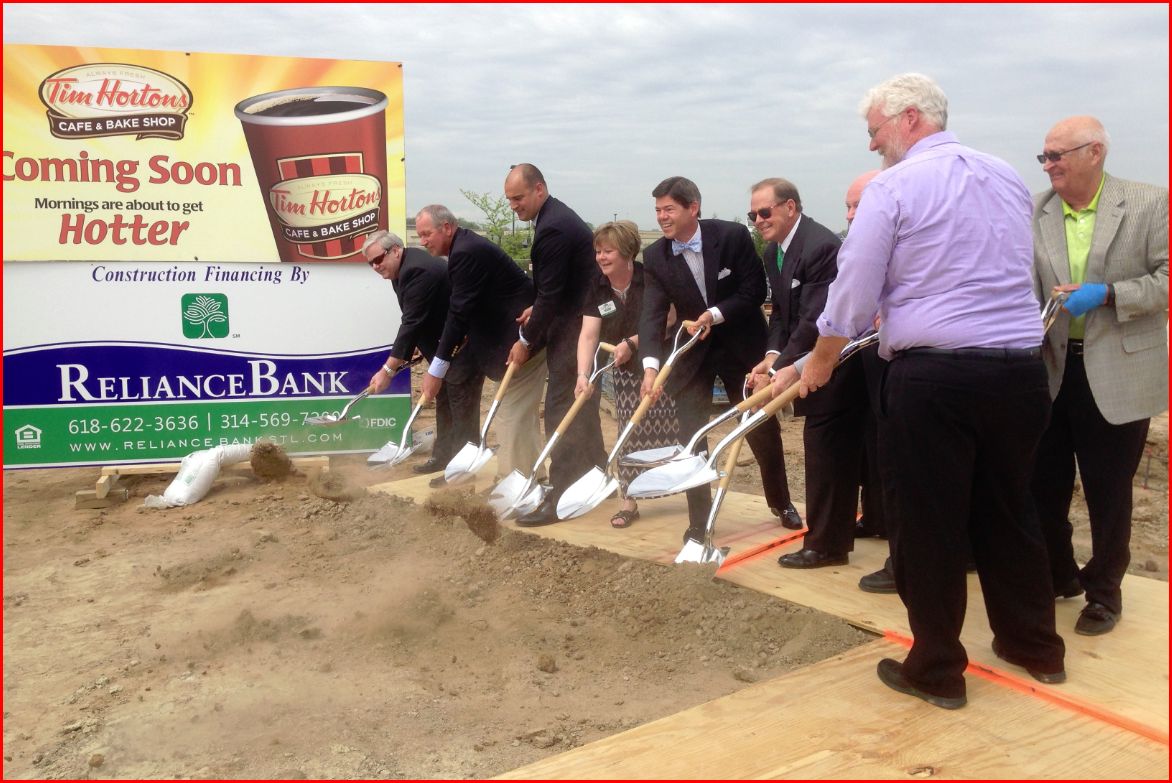 Construction is under way on a new combination location for Reliance Bank and Tim Hortons Cafe and Bake Shop at 450 Regency Park Drive in O’Fallon, just off Interstate 64 at Green Mount Road. A number of dignitaries helped turn the symbolic first shovel of dirt on Tuesday, including Eric Sigurdson, president of the developer, Show Me Hospitality, LLC; Tom Brouster, the chairman of Reliance Bank; O’Fallon Mayor Gary Graham and O’Fallon Economic Development Director Ted Shekell; Rick Sems and Allen Ivie from Reliance; Debby Arell-Martinez, executive director from the O’Fallon-Shiloh Chamber of Commerce; Don Musick of Musick Construction; and Dave Warnecke, a local franchisee of Tim Hortons. The company is planning multiple locations in Southern Illinois. Reliance is leasing the O’Fallon space from Tim Hortons. This is Reliance’s first venture with Tim Hortons in Illinois, but the second overall, with the first in the Frontenac area of St. Louis. Reliance’s Brouster said the success there led to the Illinois venture and might lead to other such partnerships down the road. This location should be open in the summer. Illinois Business Journal photo/Dennis Grubaugh