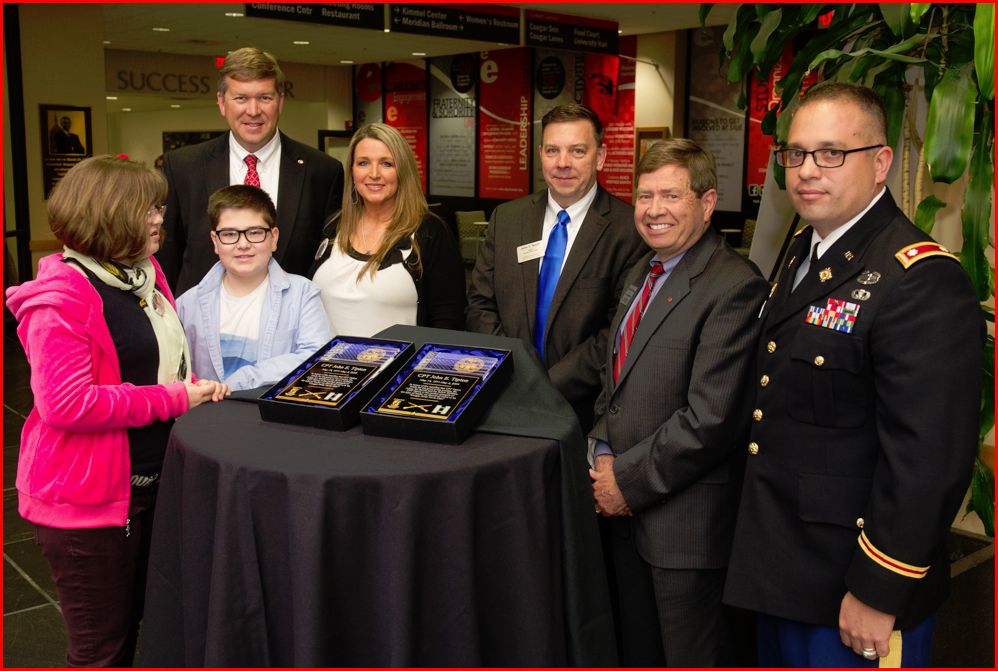 “A U.S. Army officer is a leader, a counselor, a strategist and a motivator. It’s plainly obvious that Captain Tipton filled all of those roles admirably,” said Stephen Hansen, SIUE interim chancellor. “He successfully led soldiers through a variety of situations and environments that were always changing. That takes brains, guts, instincts, knowledge and true bravery – Captain Tipton checked the box in all of those categories.”

“Captain Tipton is remembered by those who served with him as a dedicated individual, an outstanding leader and a consummate professional,” said Lt. Col. Scott Reed, SIUE professor of military science. “The care of his soldiers was always his highest priority. He always went the extra distance to ensure his soldiers were taken care of. He left a lasting impression about what true leadership entails.”

A Granite City native, Tipton enlisted in the U.S. Army directly from high school in 1989 and served in Operation Desert Storm. He later enrolled in SIUE’s Army ROTC program, where he continued his exemplary service and graduated as a Distinguished Military Graduate before becoming an infantry officer in the Army.

Tipton served as company commander of the Alpha Company and Headquarters Company, 1st Battalion, 16th Infantry Regiment, 1st Infantry Division based in Fort Riley, Kansas. In September 2003, he was deployed to Iraq in support of Operation Iraqi Freedom. On May 2, 2004, an explosion fatally wounded Tipton.

The Capt. John E. Tipton Graduate Student Endowed Scholarship in Optical Sciences at the University of Arizona arose from his life of service, generosity, fortitude and leadership. The scholarship is awarded to students who exemplify the characteristics of excellence in academics, scholarship and extracurricular activities embodied by Tipton.