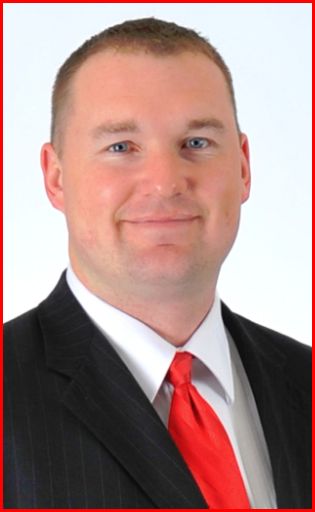 Bell (left), 34, joins Illinois Realtors having served in a variety of roles with the Kansas Association of Realtors, most recently as vice president of governmental affairs/general counsel. The Medicine Lodge, Kansas, native will begin his new role June 1.
Bell will be second in line to lead the Illinois Realtors, one of the state’s largest trade associations which celebrates its 100th anniversary in 2016.

“In Luke Bell we have found a winning combination of deep knowledge of the issues facing Realtors and those they serve and the drive to make the Illinois Realtors a national leader in protecting and promoting private property rights,” said Mike Drews, GRI, Illinois Realtors president and a broker-associate with Charles B. Doss & Co. in Aurora.
Bell holds a juris doctorate from the Washburn University School of Law in Topeka, Kansas, and a bachelor’s degree in political science from the University of Kansas. In his current role he is responsible for working with local, state and federal officials on issues of importance to the real estate industry, and he oversees efforts to mobilize the Kansas association’s 8,000 members on private property issues. He supervises the state association’s professional standards efforts.

“Illinois has more layers of government than any other state in the country, so we knew we had to find someone who was adept at working with many groups to protect and promote the real estate industry,” Kinney said. “Luke Bell has shown he is a candidate who thinks strategically and can find a way to make sure that our members’ voices are clearly heard. We’re excited to have someone with his level of talent on our team.”

Prior to joining the Kansas Association of Realtors in 2006, Bell worked as a contract lobbyist for Kearney and Associates Inc. He obtained his law degree while working for the firm, representing nearly 20 clients on issues ranging from healthcare to telecommunications.

“I am thrilled to be able to join the dedicated and experienced team at Illinois Realtors,” Bell said. “The association has a reputation for delivering industry-leading advocacy, political action and professional development programs. I look forward to the challenge of representing the industry and finding new ways to engage consumers and members alike.”

The executive vice president is in line to succeed Illinois Realtors CEO Gary Clayton, CAE, RCE, who has led the association since 1987. Clayton is only the third executive officer to lead the Illinois Realtors, since its founding in 1916.

“One of Illinois Realtors strengths has always been to find uniquely qualified leaders who are committed to the long-term growth and well-being of the real estate industry,” Clayton said. “Luke has a wealth of knowledge and experience in serving members and his joining us continues a longstanding Illinois Realtors tradition of putting members’ interests first.”

Bell will move to Springfield where Illinois Realtors is headquartered. He and his wife, Kelly, have three daughters, Taylor, 7, Carson, 5 and Kennedy, 3.