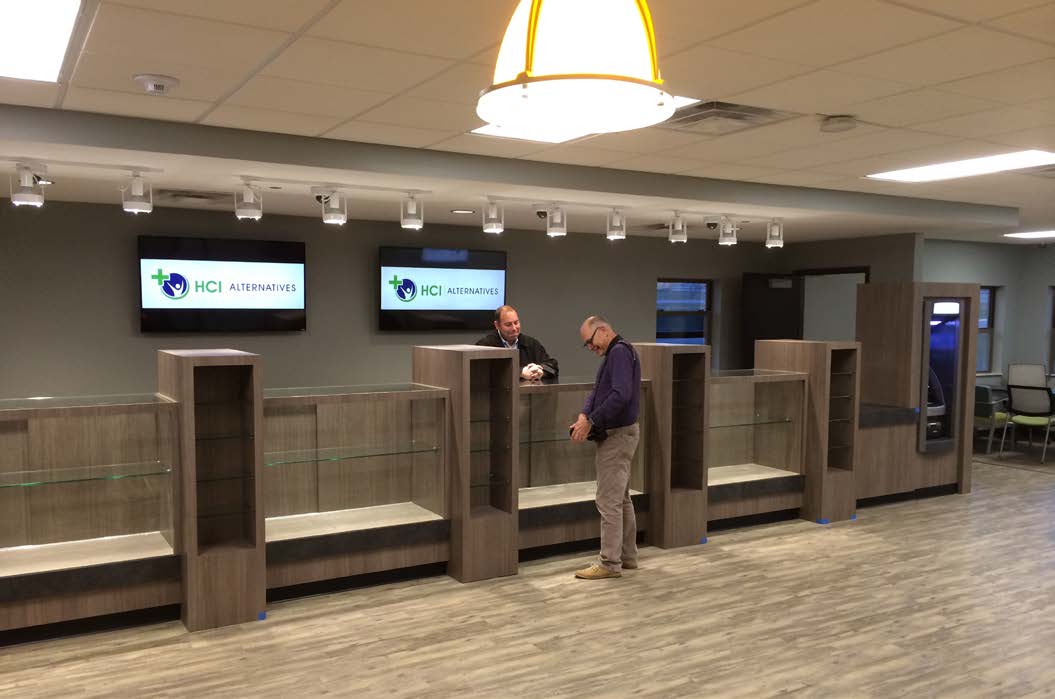 Maintaining a tight schedule and navigating state policies and regulations that had been previously unchartered, Plocher Construction has finished construction of medical marijuana dispensaries in Collinsville and Springfield. Work began on both HealthCentral Inc. facilities last September, completing the Collinsville site in December and the Springfield site in January.
Once the state gave the go-ahead, design, permits, demolition and new construction on  both sites was completed in less than five months. The combined cost of the projects was just over $2 million. The Collinsville location is 6,000 square feet, while the Springfield location boasts being the largest one of its kind in the state at 11,000 square feet.
The architect on this project was Hurford Architects Inc. Plocher Construction, as the design-builder, provided construction oversight.
Rachelle Lengermann, Plocher’s project manager, said that the biggest challenges were with maintaining the timeline for completion because of the required quick turnaround, and the conversion of the facilities into highly secure structures.
Extensive millwork was required, and given the nature of the services being provided at the facilities, there were also several high-security features that had to be put in place. Heavy-duty security doors were installed throughout, security mesh was placed within the walls, and windows were covered with a film that would not only provide a higher security level but also provide maximum impact resistance.
While half of each building is essentially like any other office building (with the exception of with large amounts of cameras), the dispensary floor and waiting room areas incorporated high security features such as bullet-proof glass in the reception areas.
Lengermann pointed out that “everything, including punch list items, had to be complete before the facilities could open and begin operations,” providing even more challenges for construction crews.