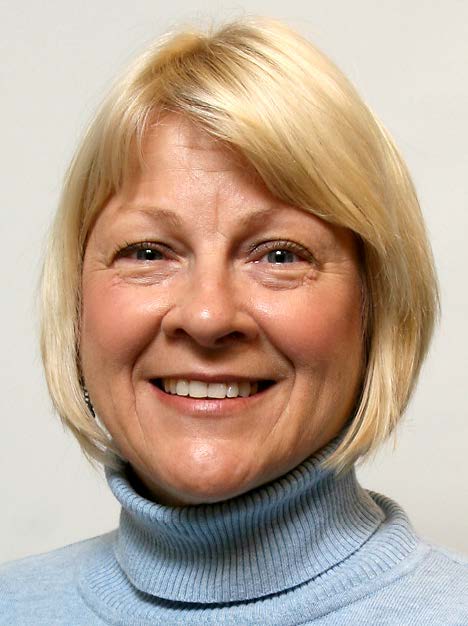 SHILOH — An air of anticipation greets visitors to Memorial Hospital East, where final touches are underway on a $124.6 million facility that debuts this month.
The first patient is scheduled to be admitted Tuesday, April 12, following a dedication and ribbon-cutting planned Sunday, April 10.
At press time, the hospital was still hiring some of the 678 total employees needed to run the hospital. Some 200 nurses are among them.
“Presently, we have transferred 304 from Memorial Hospital Belleville to Memorial Hospital East. (Another) 207 have been hired for Memorial Hospital East,” said Blair Glauber, assistant director of Hospital and Community Relations.
Patient procedures are already being scheduled for the first day, she said.
The 207,212-square-foot, five-floor facility has 94 patient suites — all private. All beds in the hospital are telemetry units, meaning the patient’s heart can be remotely monitored.
The fourth and fifth floors are both medical surgical floors, with 36 patient rooms on each floor. The patient rooms are all on the perimeter of the building so they all have an outside view.
Each room has a couch for visitors.
The fourth floor also has in-patient physical therapy services.
Both hospital campuses will be full service, said Glauber. After the switchover, a transition from semi-private to private rooms will begin at the Belleville hospital.
Private rooms help the patients sleep better and cut down on the risk of infections, officials said.
All of the patient rooms are designed based on input and requests from nurses. For instance, a supply cabinet can be accessed from outside the patient room as well as from in the corridor, to cut down on disruptions.
The third floor is dedicated to babies.
“Our Family Care Birthing Center is going to be a premier service line,” Glauber said.
The floor is highly secured. Each baby gets a small white bracelet just after it’s born. The bracelet is chip-enabled and sets off security warnings if a child is removed from the floor inappropriately. Elevators will go to the first floor but will not open without special access.
There are two C-section suites on that floor.
The Memorial Medical Group will also have a midwifery service at the East hospital.
Labor, delivery, recovery and post partum are done in the same rooms.
“It’s really a one-stop shop for moms in Southwestern Illinois,” Glauber said.
The two hospitals are about 6.5 miles apart. The original campus was built in 1958 off Frank Scott Parkway and Illinois Route 161 in west Belleville, while the new campus is located at 1404 Cross St. in Shiloh, just south of Interstate 64, but with no direct access to interstate, at least as yet.
Hospital officials said they understand there are plans to extend Frank Scott Parkway to provide access via Illinois Route 158, but they are unsure of the timing.  Memorial Hospital East is a mile or so from the I-64/Route 158 exit.
In addition to being able to offer state-of-the-art technology at the new facility, Memorial hopes to be able to draw more patients from the north and east — geographic territories that have grown rapidly in the last few decades.
Many staff members have been inside the new building since the beginning of the year for training and acclimation purposes.
In 2008, Memorial Group Inc. and Metro-East Services Inc. acquired 94 acres at Frank Scott Parkway and Cross Street for future development. Many people remember the grounds as the former O’Fallon Sportsmen’s Club. The scenic setting includes a lake and woods nearby.
In 2011, Memorial East became the second new-hospital project approved by the state in more than 20 years.
Ruth Holmes, a registered nurse, was named administrator of the facility in March 2012. She has worked at Memorial more than 35 years and was most recently the vice president of diagnostic services. She said she looks forward to her role — and “ultimately the success of both hospitals in the communities that we serve.”
“Leadership in health care today is especially challenging,” Holmes said. “Set aside health-care reform, hospital leaders continually face a variety of complex issues that demand specific skills, personality traits and leadership qualities.   Having a clear vision for success is where I plan to start.”
Of the new leadership role, she said: “Dreaming big and overcoming challenges has been my world for the past few years.”
The hospital was financed in part by $164 million in tax-exempt bonds issued by the Southwestern Illinois Development Authority.
Groundbreaking was on March 9, 2014. Holland Construction Services, of Swansea, and Pepper Construction, of Chicago, served as joint venture general contractor. Standing Design, a husband and wife couple from St. Louis, did the interior design. Standing Design also was used in a large remodeling project at the original hospital in the last few years.
The hospital is built on an incline, and the Emergency Department is located on the second floor, accessible from the grade level. Emergency has 12 beds in the new facility, compared to the 37 at the Belleville hospital. The latter facility now has 316 beds overall, and those beds will be reduced to 216 as the new hospital takes hold.
Also on the second floor are Cardiopulmonary and Imaging departments, Intensive Care Unit, Community and Staff Education Rooms, Human Resources and Administration.
The first floor includes Admitting, Admission, and Testing Center, Patient Services (Cashier, Health Information Management, Financial Counseling, Social Service and Care Management), Laboratory, Chapel as well as the cafe and gift shop.
A donor wall will be displayed prominently in the Main Lobby.