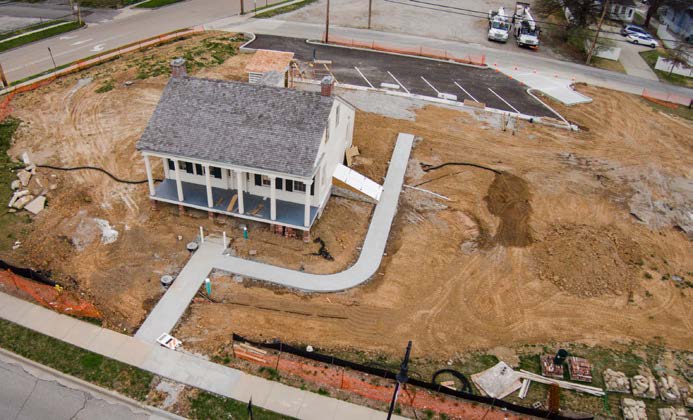 By ALAN J. ORTBALS
The city of Collinsville is currently working on its fourth tax increment finance district. If things go as planned, the city council will vote on it this summer.
The new district is planned to run along St. Louis Road, Bluff Road and Collinsville Road. Uptown coordinator Leah Joyce explains that it is one of the main entries to the city. She said that its rough appearance gives a bad impression of the city and that infrastructure improvements like water, stormwater drainage, streets, sidewalks and streetscape are sorely needed. The city has a new, $18 million wastewater treatment plant underway in the area.
While the area is home to Rural King, Shop ‘n Save and Jack in the Box, vacancies abound. The goal of the new TIF district would be to attract new businesses to the existing vacancies and new development to the open land. The district would extend south past the Fairmont Park Racetrack.

A recent analysis of Collinsville’s TIF 1 reveals that it’s been a great success. Between 1986 and 2014, the district produced nearly $54 million in TIF revenues. Over that period, Eastport Plaza saw 46 properties developed on 129 acres. More than 1 million square feet of building space was constructed with a price tag of $84.5 million.
The analysis demonstrates that the development within the TIF district also spurred ancillary development outside of the district. Thirty properties have been developed along Bluff Road — more than 600,000 square feet of new buildings on 73 acres. The construction cost was nearly $57 million which produced almost $1.5 million in new property tax revenue during 2014 alone.
The success of TIF 1 has made it possible to revitalize the old central business district, referred to as Uptown. The area has seen extensive streetscape improvements and the public investment has catalyzed private investment.
Over the term of TIF 1, $14.2 million has been spent on building renovation and rehab and $13.6 million on public works. All of this has been done, according to the analysis, without negatively impacting the Collinsville School District that relies heavily on property tax revenues. In fact, the school district has received nearly $9 million in TIF funds to pay for vocational training.
Joyce said that the city is beginning the process of dissolving TIF 2 which was created to foster the development of a professional soccer complex at the intersection of Interstate 255 and Horseshoe Lake Road. That soccer development never materialized.
While small in size, TIF 3 has had a major impact. It was created to enable the development of Sanford-Brown College in Eastport Plaza. While Sanford-Brown has since exited the location, it has been replaced by Lindenwood University which is reporting resounding success at its Collinsville satellite.