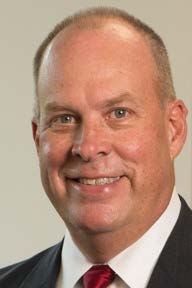 Tax increment financing takes a beating in the press but it’s proved indispensable for many cities in Southwestern Illinois, eradicating blight, creating jobs and catalyzing development. That is why we started publishing a special section on TIF a few years ago — to give our cities an opportunity to tell their stories and put the record straight. I’d like to tell you one that I was involved in 23 years ago.
When I first came to Granite City as its first economic development director in 1985, it was a difficult time. The recession of 1982 had hit the city’s industries hard. One of those was American Steel Foundries.
American Steel was headquartered in Chicago and had plants in Granite City and Alliance, Ohio. It made the components of the wheel assemblies for train cars. Its business, therefore, was entirely dependent on the health of the rail industry which was entirely dependent on the health of the economy. In good times, lots of materials and goods were shipped by rail. In bad times, not so much.
The recession of 1982 hit American Steel suddenly and the decision was made in Chicago to close the Granite City plant. It was the logical choice because the Granite plant only made one of the company’s five products — the wheels — whereas the Alliance plant made all of them. If I remember correctly, the other parts were the axles, the springs, the side bolsters or yokes and the hitches. When the Granite City plant closed, nearly 2,000 people lost their jobs.
The plant stayed closed for the rest of that decade. Finally, the economy recovered and the Alliance plant could no longer fill all the orders. In 1990 Granite Citians were jubilant when American Steel reopened the plant on Niedringhaus Avenue. But that euphoria was short-lived. The recession that started later that year, closed the plant again in 1991.
Just before Thanksgiving in 1992, I was called to a meeting of local and state economic development officials at the Tri-Cities Area Chamber of Commerce office. Representatives from the state’s economic development department, DCCA, gave us the bad news. American Steel had come to the conclusion that it was senseless to open and close plants as it had done the year before and had concluded that what was really needed was only one plant of sufficient size and capability to make all five components in sufficient quantities to service a normal market. They had called Gov. Edgar to inform him that Alliance was their choice. It would simply be too costly to equip the Granite City plant to make all its products.
Edgar had asked for an opportunity to make our pitch before they took their recommendation to the board of directors at its December meeting. The good news was that the head of American Steel had agreed. The bad news was that we had less than three weeks to find a way to convince them that Granite was the best choice.
As we went around the table, it was clear that we had no way to help defray the company’s cost of re-equipping the plant. We left the meeting in a pretty glum mood.
Over the Thanksgiving holiday, I began to think — could TIF possibly be used? The $30 million of new equipment that was needed would not impact the plant’s assessed value and therefore would not generate any increment itself. But, if you started with a sizeable assessment, could the natural increase in value —compounded over 23 years — generate enough revenue to get the company’s leaders to reconsider?
I got the plant’s assessment, did a historical analysis to determine the average annual increase over the prior 20 years and projected it out over the next 23. The number was impressive. I talked to the mayor and the president of the school board and got them on board with a plan to give all of the incremental property taxes back to the company on a rebated basis.
On the appointed day, we made our pitch to the company brass in Chicago. A week later, just before Christmas, the president of American Steel called the mayor and said, “Mr. Mayor, I have a Christmas present for you. We’re going to open the Granite City plant.”
Nearly 1,000 Granite City area folks went to work there the following year — jobs with good wages and benefits. The Alliance plant was subsequently closed and eventually resold. It now operates on a much smaller level with a much smaller workforce.
That’s the power of tax increment financing. It’s why it’s so important to our cities and why we need to make sure that it remains a powerful tool to rebuild our communities. In the following pages you’ll read more stories about how our cities are using TIF to eradicate blight, rejuvenate their downtowns, create jobs and enable developments that would not otherwise have been possible. Take a minute and think about how Southwestern Illinois might look without it.

Construction firm IMPACT Strategies, Inc. is expanding and relocating its Missouri office to the Power House Building at Union Station, 401 S. 18th Street, St. Louis.
The larger space will allow the company to align its staff with the needs of a growing market in St. Louis for commercial construction. Some sectors of the regional construction market are among the fastest growing in the nation, according to IMPACT Strategies President Mark Hinrichs.
IMPACT Strategies specializes in retail, commercial, medical and education construction as well as senior and multi-family housing. Services include construction management, pre-construction management, design-build and general contracting.
The telephone number for the Missouri office remains the same at (314) 646-8400. The Illinois headquarters office is at 340 Office Court, Fairview Heights. More information is available at www.BuildWithImpact.com.