A hack-a-thon is essentially an “invention competition,” with less emphasis on competition, and more emphasis on learning, creating things, making new friends and having fun. Eleven teams began creating inventions at 7 p.m. on Friday, March 11 and worked nearly nonstop until 9:30 a.m. Sunday, March 13. 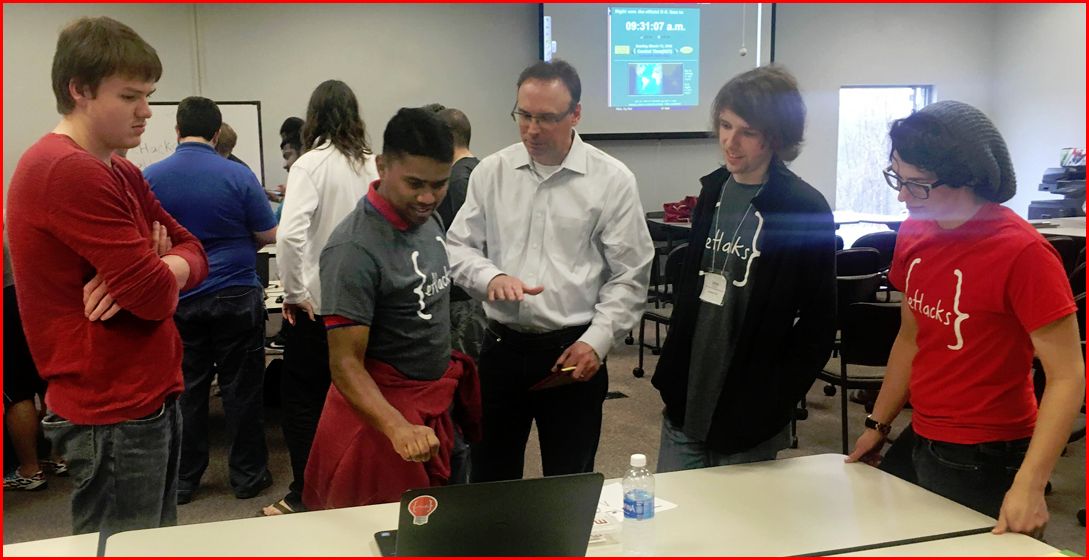 and other area colleges. Several teams were composed of students from a variety of colleges. Technology, innovation and entrepreneurship were the unofficial themes of the weekend-long activities.

SIUE computer science seniors Joe Cheatham, Morgan Zellers and Melissa Jameson teamed up to organize the event. The three worked for more than a year to produce it. The trio worked with Dennis Bouvier, PhD and chair of the Department of Computer Science in SIUE’s School of Engineering in organizing the event.

The hack-a-thon opening ceremonies included a presentation by SIUE alum and angel investor Hal Gentry. During his address, Gentry recounted the events of his career including companies he founded and his support of St. Louis startups. He also talked about the many technology and entrepreneurial opportunities within the St. Louis region, including T-Rex and CIC.

When asked about plans for next year, Bouvier said, “With all the success we see from this year, it seems likely we’ll have another eHacks event. However, I’ll need some new student leadership to make it happen.”
The event is sponsored by Centene Corp., Care Otter, NiSC, Object Computing, Inc., Blue Stingray, AT&T, Fusion Marketing, Major League Hacking and Annie’s Frozen Custard.