Dr. Agnes Scoville, of St. Louis, won for Pacidose, a product used to administer medicine to infants, developed by her firm, Scoville & Company. 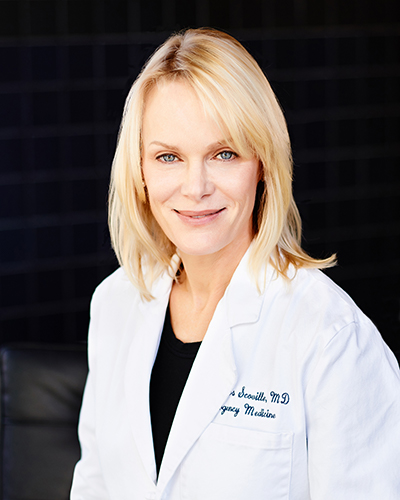 She was selected from more than 200 companies across the United States as a finalist in the U.S. Small Business Administration’s 2016 InnovateHER Business Challenge.

Scoville, along with her husband and business partner Anson, created Scoville & Co. to produce the award-winning product, Pacidose, which allows medication to be accurately dosed and delivered to infants via a soft pacifier nipple. She first recognized the need for the product as an emergency room doctor and perfected the idea with her own child.

Scoville & Co. also won the competition held by the Arch Grants organization and was also one of its $50,000 award recipients in 2015.

The SBDC’s own Metro East Start-Up Challenge seeks to recognize genius business concepts, while connecting entrepreneurs and new startups to the right resources and support. In the case of Scoville & Co., those resources have included using co-working space in Belleville’s Peer 151.

“SBA created this challenge to empower women in the face of ongoing gender inequities in the technology and investment sectors,” SBA Administrator Maria Contreras-Sweet said. “Women venture capital partners are stuck below 10 percent. The amount of venture capital funding that goes to women entrepreneurs is even lower — only about 4 percent.”

The winners and contestants have “incredible talent” that is proof that America’s small businesses and entrepreneurs “are launching and growing businesses that not only disrupt the status quo but have the power to improve countless lives,” she said.

The second round of the InnovateHER Business Challenge began in August 2015 and drew nearly 2,000 competitors. A live pitch competition took place before a panel of expert judges.

The winners in addition to Scoville were:

Other finalists included one from Illinois, Marissa Siebel-Siero from IntelliWheels, Inc. (Tinker), Champaign. Tinker is the first 3D product configurator in the wheelchair marketplace that gives customers feedback and control.

Additional information on the competition challenge, including host organizations, competition rules, and video of the event will be available online at www.sba.gov/innovateHER.