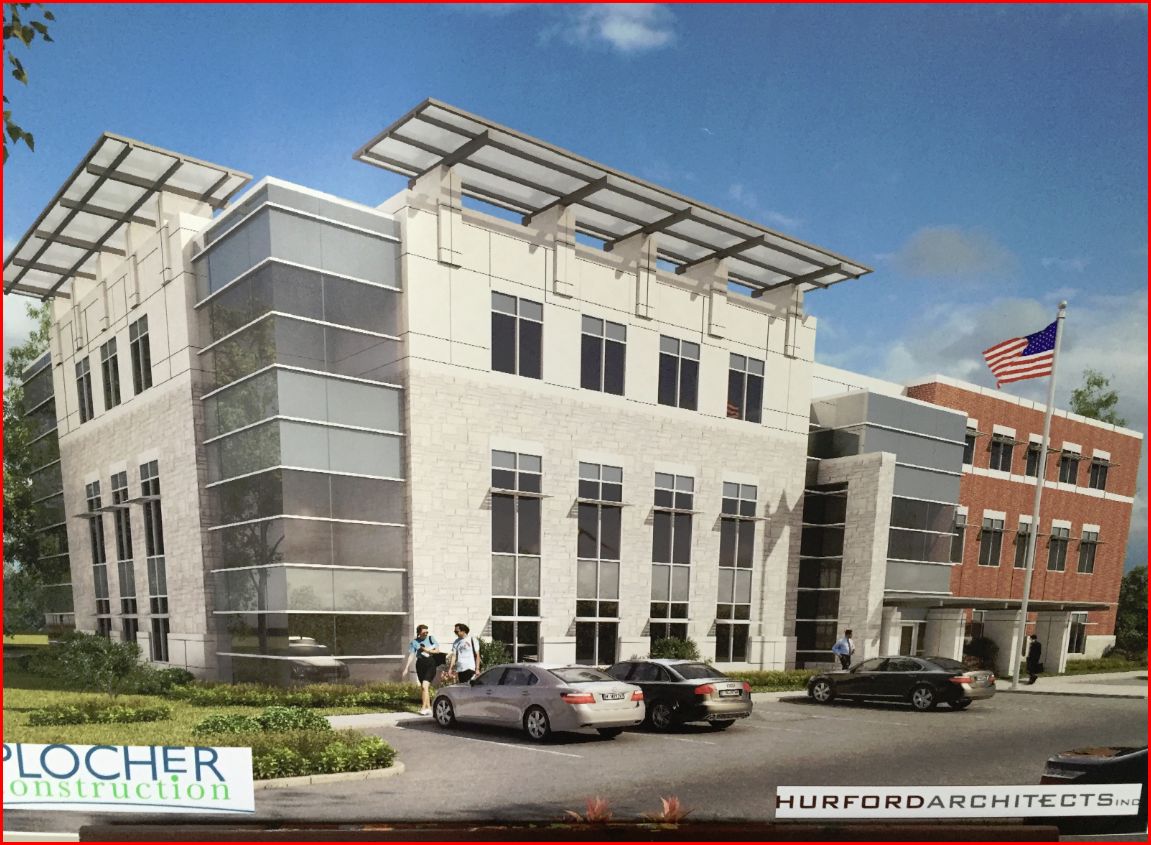 An artist’s rendering of the project.

Prairie Farms Dairy plans to relocate 90 employees to the site, which is in Edwardsville Corporate Center, a business park along Interstate 55 and Illinois Route 143 that also houses the headquarters of Scott Credit Union and Hortica Insurance.

The company is proposing construction of a three-story, 30,000-square-foot facility. Prairie Farms’ existing facility in Carlinville will remain open, according to a fact sheet given to the City Council, which must consider an expansion of an existing enterprise zone.

An action item to add territory to the enterprise zone in the Edwardsville Corporate Center has been placed on an Edwardsville City Council committee agenda for March 29, for the first of what are expected to be several steps before final authorization would be granted, likely in mid-April.

The enterprise zone expansion is sponsored by Madison County, the city of Edwardsville and village of Pontoon Beach as an economic development effort.

Madison County and Pontoon Beach have been asked to pass similar ordinances. Once this is completed, Madison County Community Development will be sending an application requesting the additional territory to be added to the Enterprise Zone to the Illinois Department of Commerce and Economic Opportunity for their approval.

The request for the extension was initiated by Edwardsville Corporate Centre on behalf of Prairie Farms Dairy, which has signed a contract contingent on receiving enterprise zone incentives, namely real estate tax abatement and sales tax abatement on construction materials.

At completion, Edwardsville Corporate Center will have approximately 800,000 square feet of office and supporting commercial space. In today’s dollars this represents an investment of $120 million, the fact sheet says. Total job creation in the overall center will be in the 2,500 to 3,000 range, the fact sheet says.

Prairie Farms Dairy Inc. represents more than 700 farm families and is one of the largest and most successful farmer-owned dairy cooperatives in the Midwest – with annual sales of nearly $3 billion, 5,700 employees, 36 manufacturing plants and more than 100 distribution facilities throughout the Midwest and South.