PHOTO: Scoville & Co.’s award-winning product, Pacidose, which allows medication to be accurately dosed and delivered to infants via a pacifier.

InnovateHER, a national business plan competition organized by SBA and sponsored by Microsoft, was created to unearth innovative products and services that impact and empower the lives of women and families. Scoville will compete with nine other national finalists for $70,000 in prizes on Thursday, March 17, in Washington, D.C., as part of the 2016 Innovating for Women Business Summit. 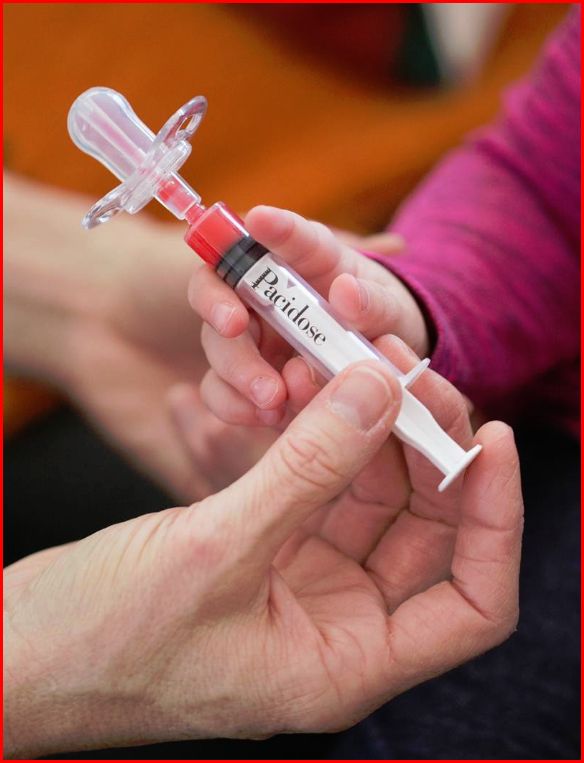 Scoville, along with her husband and business partner Anson, created Scoville & Co. to produce the award-winning product, Pacidose, which allows medication to be accurately dosed and delivered to infants via a soft pacifier nipple. She first recognized the need for this product as an emergency room doctor and perfected the idea with her own child.

“For the last 16 years, I’ve been taking care of kids in the emergency room and now my own,” Scoville said. “That’s where the inspiration for this device came from, because it’s extremely difficult and stressful to give infants medicine.”

Scoville was made aware of InnovateHER through its relationship with the Illinois Metro East Small Business Development Center (SBDC) at SIUE. The SBDC at SIUE had organized four host organizations for competition in the St. Louis region with each to nominate a local winner. Scoville & Co. won the competition held by the Arch Grants organization and was also one of its $50,000 award recipients in 2015.

Ben Burke, director of entrepreneurship at Arch Grants, praised Scoville for her expertise and ingenuity.

“As an emergency room physician, Dr. Agnes Scoville has been in a unique position to see some of the most pressing needs in the healthcare system,” Burke said. “She is working hard to bring innovative products and technologies into the home, and to further cement Greater St. Louis as a region pioneering new solutions in health care.”

According to Scoville, Pacidose is only the first in a line of innovative products to be launched by her company.

“I am hoping that by progressing to the final phase of this competition, I will make connections on a national scale,” she said. “I’m grateful to the Illinois Metro East SBDC for giving me the opportunity to continue marketing my product.”

Patrick McKeehan, director of the Illinois Metro East SBDC, says InnovateHER – much like the SBDC’s own Metro East Start-Up Challenge – seeks to recognize genius business concepts, while connecting entrepreneurs and new startups to the right resources and support. In the case of Scoville & Co., those resources have included using co-working space in Belleville’s Peer 151.

“My staff and I are honored to work with and share our knowledge with entrepreneurs like Agnes and Anson,” said McKeehan. “We look forward to seeing an exciting St. Louis startup compete on a national stage.”

The Metro East SBDC assists start-up ventures like Scoville & Co., as well as existing businesses headquartered in the nine-county Metro East region of Calhoun, Jersey, Madison, Bond, Clinton, St. Clair, Washington, Monroe and Randolph. It is a service to the community supported by the SBA.