PHOTO: Dennis Streif, right, accepted the award at UMA Expo 2016 along with his son Phillip, left, and mother Judy, center.

Dale and Dennis Streif of Caseyville-based Vandalia Bus Lines Inc. were honored by being named METRO Magazine’s Motorcoach Operator of the Year at this year’s United Motorcoach Association Expo in Atlanta in February. 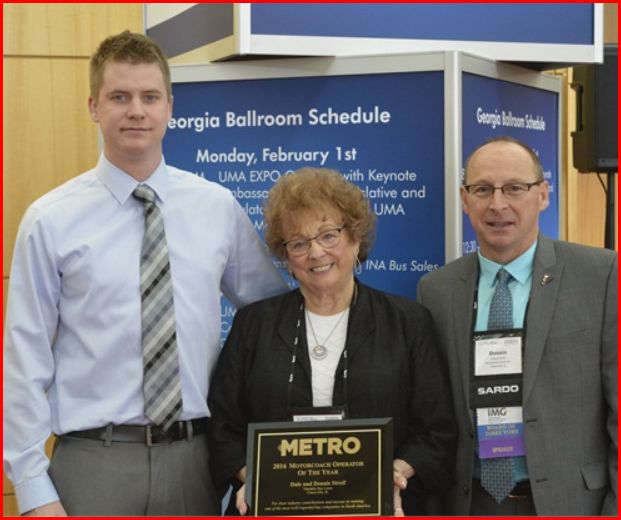 In business since 1932, Leon Streif acquired a motorcoach operation with five vehicles in 1975, with the family growing that business into a 60-plus fleet of vehicles, boasting not only variety and the latest amenities, but also a high utilization rate.

In addition to providing charter and shuttle services, the operation also focuses on decreasing its carbon footprint through the usage of biodiesel fuel and the creation of a paperless workplace. They are also active members of the motorcoach industry, with Dennis Streif serving on the boards of both the International Motor Coach Group and the UMA.