Thelma Mothershed Wair will receive an Honorary Doctor of Humane Letters degree from Southern Illinois University Edwardsville at its May 2016 commencement.

The SIUE alumna has spent her life championing diversity efforts. In 1957, Wair attended Central High School in Little Rock, Ark., as one of the Little Rock Nine. This followed the landmark Brown vs. the Board of Education decision in which it was determined that state-sanctioned segregation of public schools was a violation of the 14th Amendment and was therefore unconstitutional. 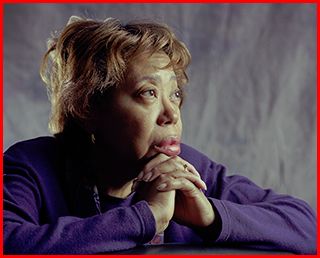 After making her historic footprint, Wair (left) continued her education through the SIU system. She earned a bachelor’s in home economics from SIU Carbondale in 1964. She achieved a master’s in guidance and counseling from SIUE in 1970 and completed an administrative certificate in education from the University in 1972.

“Ms. Wair exemplifies and lives SIUE’s values of wisdom, citizenship, integrity, excellence and inclusion,” SIUE Interim Chancellor Stephen Hansen said. “While SIUE provided her with an education, she in turn taught all of us about courage, justice and dignity.”

Wair dedicated her career to community outreach and education, working as a home economics teacher and guidance counselor for the East St. Louis school district until her retirement in 1994. Her classroom efforts earned the Outstanding Role Model Award from the East St. Louis Top Ladies of Distinction.

Additionally, Wair worked at the St. Clair County Jail’s Juvenile Detention Center and was an instructor of survival skills for women at the American Red Cross shelter for the homeless. Her lifelong service earned the 2005 National Humanitarian Award from the National Convention of Top Ladies of Distinction.

As a member of the Little Rock Nine, Wair has been the distinguished recipient of numerous awards.

Her honors include the National Association for the Advancement of Colored People Spingarn Medal in 1958, the Pere Marquette Discovery Award and the Congressional Gold Medal — the highest civilian award.