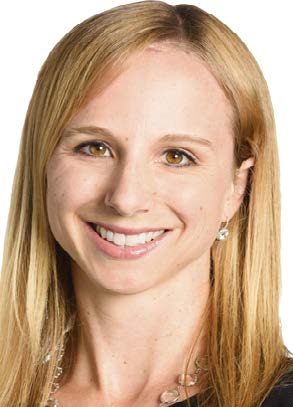 Let’s start with the budget. The state has been operating without a formal one for 19 months and has accumulated $11 billion in outstanding bills while much of its spending continues on autopilot because of laws and court orders. The stalemate exists because the Democratic legislature has approved a budget that would add another $7 billion in deficits, but Republican Gov. Bruce Rauner wants reforms that at least move toward a balanced budget.
Meanwhile, state employees represented by the AFSCME union have been readying for a potential strike over unmet compensation demands.
And State Attorney General Lisa Madigan filed a motion — later denied by a St. Clair County judge — that would prevent public employees from being paid without a budget, a move meant to force Gov. Rauner and the legislature to reach an agreement on a budget. A lack of paychecks could also muster up sympathy for Illinois employees amid their unreasonable compensation demands.
Although the current budget crisis is years — even decades — in the making, the state is near a tipping point.
Illinois has the worst credit rating in the nation, its economy has been growing almost a full percentage point below the rest of the U.S., and tens of thousands of workers and businesses are fleeing for greener pastures.
The state increased taxes temporarily from 2011 to 2014 (with a phasedown beginning in 2015) in an attempt to close its budget gap. While the higher taxes helped some, they also drove more business and jobs into neighboring states with friendlier business environments and higher economic growth.
According to the Illinois Department of Revenue, had the state grown at the national average from 2000 to 2015, it would not have had to increase taxes and would still have $19 billion more in revenues. That would mean no unpaid bills, no budget crisis, and more money for schools and health care.
The biggest source of Illinois’ budget woes is its rapidly rising public employee compensation costs. Pension and health insurance benefits alone have more than tripled as a percentage of Illinois’ budget, rising from 7.5 percent of expenses in 2000 to 26.2 percent in 2015. Much of that comes from the state’s failure to set aside funds to make good on its pension promises. According to one estimate, Illinois’ unfunded pension tab works out to $28,200 for every man, woman and child in the state.
Since public-employee compensation is the biggest and fastest-growing component of the state’s budget, Rauner understandably wants to reduce its costs, but the public employees’ union is fighting back.
The AFSCME union, which represents about 35,000 Illinois state employees, is demanding up to $3 billion in additional compensation, including four-year raises ranging from 11.5 to 29 percent, five weeks of vacation; added health care benefits; and a 37.5-hour workweek.
These demands come despite the fact that Illinois state workers are already the highest-paid state workers in the country. They receive Cadillac health-care benefits, free retiree health insurance, and very generous pensions.
The average Illinois state workers receive 27 percent more in total compensation than their private-sector counterparts (a difference of $17,250 per year in 2013). And while private-sector workers’ salaries have barely budged in Illinois over the past decade, salaries for Illinois state workers rose more than 40 percent from 2005 to 2013.
But that’s just the beginning. Public employees also receive three times as much in benefits as Illinois’ private-sector workers.
Those benefits — equal to an estimated 75 percent of workers’ salaries — include nearly $20,000 a year in health-care benefits (with taxpayers covering 77 percent of costs); free retiree health care worth a total of $200,000 to $500,000 for employees with 20 or more years of service; and generous pensions averaging $1.6 million for career public employees.
At $7 billion a year, Illinois spends more on pensions than it does on K-12 education. And yet, pensions are of little value to public employees who value them at only 19 cents on the dollar.
It’s no wonder Gov. Rauner wants to prevent employee-compensation costs from crowding out the state’s core functions such as education and health and human services. After all, workers and businesses aren’t willing to pay higher taxes to support retired workers. And with 49 other states to choose from, they don’t have to.
In an attempt to keep residents and businesses, and hopefully attract new ones, Gov. Rauner has proposed reforms that would curb and prioritize Illinois’ budget.
Rauner’s proposed changes for public employees are modest in light of their current compensation premiums. They include increasing employees’ share of health-care costs from 23 percent to 40 percent; minor changes in pensions such as having local employers pay a share of very high-income employees’ pensions; and shifting employees to a 40-hour work week, instead of their current 37.5 hours.
Illinois’ governor and legislature have important decisions to make: reduce the state’s highly generous public employee compensation; raise taxes and risk an economic death spiral; or do nothing and become the first state to enter the likes of insolvent governments such as Detroit and Puerto Rico.
Rachel Greszler is senior policy analyst in economics and entitlements in The Heritage Foundation’s Center for Data Analysis.