By SURANJAN WEERARATNE
President Donald Trump has repeatedly stressed the need to build a durable wall along the U.S.-Mexican border to fend off illegal immigration into the United States. Indeed, he and his surrogates made this issue a central plank of their campaign and argued that the “wall” would be at the heart of enhancing border security. Given this context, it is timely to briefly discuss the extent of prevalent border security in the U.S. and the effectiveness of such measures. 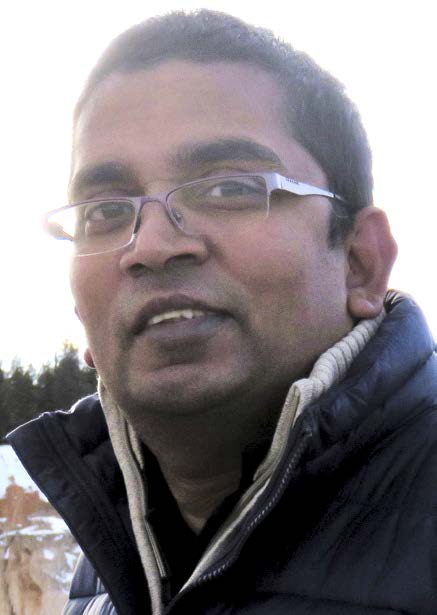 Component agencies of the Department of Homeland Security, such as Customs and Border Protection and the U.S. Coast Guard are at the forefront of border control and carry out a gamut of measures to regulate and monitor the exit and entry of people and goods across the U.S. border. Indeed, the nature of border protection has evolved considerably over the years with increasing Congressional interest, development of strategic national plans and changing priorities such as the prevention of terrorist penetration and drug-related violence.
Over the last few decades, there has been an exponential increase in resources devoted to border security. First, as the CBP reports, border security appropriations have increased manifold from $263 million in 1990 to nearly $4 billion in 2015. Further, the overall funding allocations are higher, as the above figures do not include border enforcement appropriations for other federal agencies such as the Departments of Justice and Defense. Second, Congress has passed a series of laws since 1986 authorizing ever increasing numbers of border patrol personnel. Staffing has increased from 4,139 in 1992 to nearly 20,000 in 2016. In addition, the National Guard has provided considerable logistical, technical and administrative support to the CBP in protecting U.S. borders.
Investment in tactical border infrastructure such as pedestrian and vehicular fencing is another critical indicator to measure advancements in border security. Such infrastructure is seen as vital to impede illegal cross-border activity and augments the likelihood of apprehensions at the border. The first effort at fencing along the U.S.-Mexico border was in 1990 and extended to a stretch of 14 miles near San Diego. By mid-2015, the DHS had constructed approximately 353 miles of pedestrian fencing and 300 miles of vehicular fencing along the southern border. This expansion in infrastructure has been backed up with a funding increase from $25 million in 1996 to nearly $450 million in 2016. Border agents’ ability to engage in effective monitoring is heavily contingent on sophisticated and refined surveillance technology. To this end, the DHS employs a wide repertoire of ground-based, aerial and marine surveillance technologies designed to meet the particular needs of different border regions.
The above discussion makes clear that a concerted, multi-dimensional strategy has been adopted over the last few decades to enhance border security in the United States. The crucial empirical question, then becomes, how effective are these strategies in enforcing conventional goals such as reducing illegal migration as well as deterring newly emerging threats from various terrorist groups?
One common indicator often used to measure the efficacy of border control is data on apprehensions. Official data from the CBP reveals that while total migrant apprehensions hovered around one million each year from the early 1980s to 2006, the numbers have come down rather sharply over the last 10 years. For instance, since 2009, less than 500,000 illegal immigrants have been apprehended each year. While there is no consensus in the scholarly literature, many believe apprehensions are broadly correlated with illegal inflows of migrants. In other words, falling apprehensions could potentially reflect fewer illegal entrants into the country. Indeed, some estimate that unauthorized crossings have reached their lowest levels in more than 40 years. Survey data collected by the Mexican Migration Project at Princeton University estimates that the percentage of Mexican men who attempted a first unauthorized visit to the U.S. declined by more than 50 percent over the last few years. Along similar lines, the Pew Research Center estimated that more Mexican immigrants have returned to Mexico from the U.S. than have migrated here from 2009 onwards.
Proponents of the present border security regime proclaim loudly that the declining numbers of apprehensions and illegal crossings into the U.S. are strongly indicative of more effective border enforcement. The Pew Center notes that deportations of illegal Mexican immigrants reached 315,000 in 2013, an 86 percent increase from 2005. Other scholars concur that stricter enforcement of immigration laws along the southern border have directly contributed to the recent decline of Mexican immigrants coming into the US. In addition to overall apprehension data, the CBP also collects data on the unique number of subjects apprehended at the border as well as on recidivism rates (likelihood of a person getting apprehended multiple times). There has been a clear decline in both of these metrics in recent years and the decline in recidivism rates in particular is suggestive of the effects of stronger enforcement.
Suranjan Weeraratne is an assistant professor in the Department of Political Science at Southern Illinois University Edwardsville. His research focuses on issues of international security including terrorism, ethnic and religious riots and drug-related violence.