O’Fallon hopes to rehab some history

By DENNIS GRUBAUGH
O’FALLON — A city that can crow about plenty of new development in recent years is hoping to draw interest in one of its oldest landmarks.
Bids are being opened in March on the proposed redevelopment of Old City Hall at 200 N. Lincoln Ave.
It’s the first attempt in modern times to do something with one of the city’s most historic structures — a building that has sat mostly vacant for years. The city moved to its current City Hall in 1997.
“It’s been used on and off for storage and some ancillary offices but right now there’s no one in there and it’s really only being used for storage,” said Community Development Director Ted Shekell.
Van Reiss and Sons built the Old City Hall in 1890 at a cost of $4,136. It is on the southwest corner of what was a public park that occupied the block bordered by Lincoln and Washington streets. The two-story brick building was constructed on a rock foundation and had a tin roof, tall brick chimneys and a bell tower with steeple.
The building was authorized by the town council and was known as the Town Hall and Opera House. Police, fire and jail facilities were housed there, and residents enjoyed social gatherings including operettas, which were popular at that time.
Latter-year upgrades covered over some of the historic flavor.
“Interestingly, the old upper story where the council chambers used to be is vintage 1970s, the dark paneling, the dropped tile ceiling,” Shekell said. “If paneling and dropped ceilings ever become of historical value, we’ve got it made.”
Pictures from the 1950s show the original ceiling as a round, vaulted, theater-style ceiling. Presumably it’s still there, above the present-day dropped tile.
“It’s a great old building, iconic to O’Fallon history,” Shekell said. “The city has kicked around some ideas through the years but it’s going to take some money. It really needs to be sandblasted, tuckpointed and opened up on the inside. The City Council and the mayor felt like it’s just sitting here and they wanted to see what the private sector could do.”
As of late last month, there were no solid offers on the property but there were a lot of expressions of interest, and surrounding businesses are thrilled with the prospects. The Old City Hall sits one block off the Downtown corridor, where a lot of money has been invested on older properties in recent years.

“The city really couldn’t identify a good use for it for government purposes,” said Assistant City Planner Anne Stevenson, who recently helped coordinate creation of a Downtown development plan. “We thought, there’s a lot of momentum in Downtown. A lot of new businesses are coming in. This might be a good place to do something creative.”
Any future use would have to be approved by the council. A request for proposals said qualified developers or organizations would have to be willing to invest funds to purchase and improve the building  and bring it back to a productive use that will integrate well into the neighborhood.
The 4,500-square-foot building is a locally designated landmark; that measure requires a review of any changes to the exterior of the building, but it does not affect remodeling of the interior. A developer could conceivably go for a residential use, a commercial use or both. Demolition cannot be considered.
“We’re open to whatever the private sector feels like it could put there. The council might have a preference of one over the other, but we’ll have to wait to see what’s proposed,” Shekell said.
The building is located inside the Central City TIF district, created in June 2015. As publicly-owned property, it has no assessed value. Shekell said the idea would be to use tax increment financing to support development and eventually get the property back on the tax rolls.
The city expects that the property will have to be rezoned from the current SR-3 2 (Single Family Residence District) to another appropriate district to accommodate the types of uses likely to be proposed. It would be the responsibility of the selected developer to obtain any necessary zoning changes, variances, building permits and other approvals.
In its RFP, the city said it is aware of the presence of asbestos and mold. The building also has other issues including: degrading wooden windows, tuckpointing and masonry repair, necessary repairs and upgrades to bathrooms, HVAC, plumbing and electrical systems. The property would be sold “as is.”
Shekell said there is always a chance that no one would submit a proposal and the council would have to cross that bridge later, but he’s hopeful. 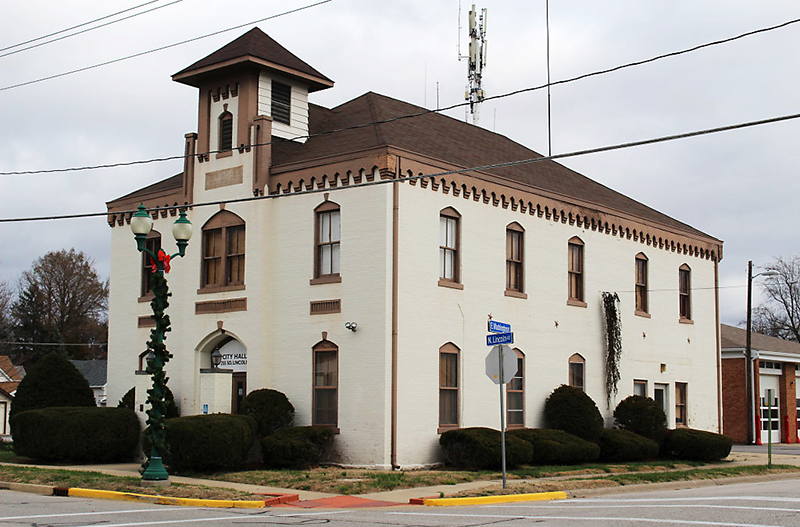 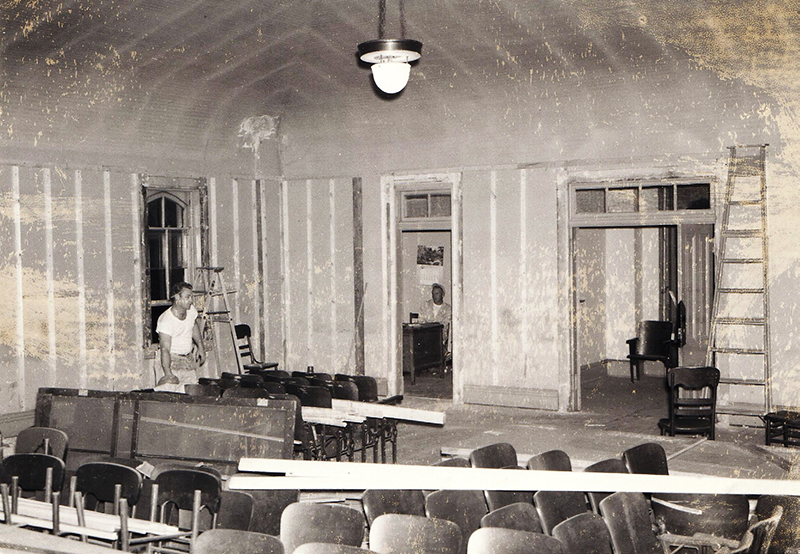