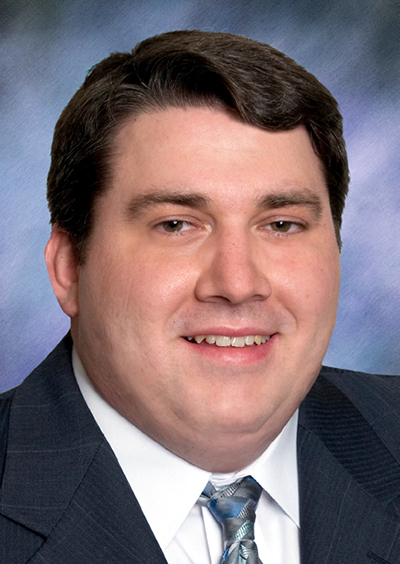 When people outside of Madison County first hear about Illinois Lawsuit Abuse Watch and the organization’s efforts to stop lawsuit abuse in Illinois, their first reaction is to equate lawsuit abuse with what happens in Madison County.
In many ways Madison County has become the poster child for lawsuit abuse. The county has long been a fixture on the American Tort Reform Foundation’s annual “Judicial Hellholes” report. One of the main reasons that Madison County in particular was propelled to the dubious distinction of being one of the worst judicial hellholes in the country was because local judges gave personal injury lawyers tremendous leeway in manipulating the system in their favor.
The 2003 “Judicial Hellholes” report from the American Tort Reform Association noted that: “Madison County judges are infamous for their willingness to take cases from across the country, with little or no local connection, and offer decisions that regulate entire industries nationwide. Through artful pleading, lawyers are skilled at stopping defense lawyers from moving their cases to a more neutral forum by including a named plaintiff from the defendant’s home state or toying with the amount in controversy to defeat the requirements of federal diversity jurisdiction.”
Fast forward to 2016, the same thing that made Madison County a “Judicial Hellhole” in 2003 is the same thing that has made Madison County a “Judicial Hellhole” today.
ATRF defines a “Judicial Hellhole” as “a place where judges systematically apply laws and court procedures in an unfair and unbalanced manner.”
That statement is especially true of Madison County where personal injury lawyers continue to target Metro East courts with frivolous lawsuits filed on behalf of out-of-state plaintiffs – more than 90 percent of the asbestos cases filed in Madison County have no connection to Madison County. This kind of abuse clogs Metro East courts, wastes taxpayer resources and delays justice for people with legitimate claims.
For far too long, Madison County has been a magnet for personal injury lawyers and plaintiffs from all over the country who clog the court with junk lawsuits that have nothing to do with Madison County, all in the hopes of striking it rich playing our state’s plaintiff-friendly lawsuit lottery.
Another recent report, the 2015 Lawsuit Climate Survey, conducted by Harris Poll, not only ranked Illinois near the bottom of the nation in terms of its lawsuit environment – 48th worst of the 50 states – but the report also ranked Madison County the third-worst city or county for lawsuit fairness.
Those are two different reports with virtually the same results when it comes to Madison County’s status as a destination county for lawsuit tourists.
Instead of debating whether or not Madison County is a “Judicial Hellhole,” we should be discussing what we should do to improve the litigation climate there.
The solution is lawsuit reform. Gov. Bruce Rauner has proposed lawsuit reform legislation that includes a proposal that will stop personal injury lawyers from shopping around for the friendliest court jurisdiction, even if the lawsuit has nothing to do with that jurisdiction. This practice, often called ‘venue shopping,’ is all too common in Madison County.
We need to create jobs in Illinois, not more lawsuits. Gov. Rauner’s reasonable, common sense lawsuit reforms will create jobs and unclog our courts, which will speed the legal process for those with legitimate claims.
According to the 2015 Lawsuit Climate Survey, conducted by Harris Poll, more than 75 percent of the 1,200 corporate lawyers and senior executives at companies with more than $100 million in revenue surveyed for the report said lawsuit climate is a “significant factor” in determining where to expand and grow.
Is it any wonder Chief Executive Magazine ranks Illinois the third-worst state in the nation for business?
Critics want to minimize the impact of lawsuit abuse on the economy but when our nation’s employers are telling us that a state’s lawsuit climate is a “significant factor” in determining where to expand and grow shouldn’t we be listening?
The only ones objecting to the need for lawsuit reform in Illinois are the very same ones who are profiting the most from the current culture of lawsuit abuse in “Judicial Hellholes” jurisdictions such as Madison County.
It is time for Illinois lawmakers need to embrace the reforms Gov. Rauner has proposed. Being a national destination for lawsuits is costing the Metro East region jobs and opportunities.
By standing up to the personal injury lawyers and passing common sense lawsuit reforms, legislators will restore fairness to Metro East courts, stop lawsuit abuse, create jobs, and put money back in consumers’ pockets.
As Gov. Rauner said in his recent State of the State address, “If we don’t offer a competitive environment for businesses, pretty soon the unions won’t have any more jobs to unionize and the trial lawyers won’t have any more businesses to sue.”
If we want a vibrant economy in Illinois, one important place to start is lawsuit reform. If we want to end Madison County’s status as a “Judicial Hellhole,” we need to pass the Governor’s lawsuit reforms. The time for reform is now.
Travis Akin is executive director of Illinois Lawsuit Abuse Watch. I-LAW is a grassroots watchdog group of concerned citizens, community leaders and small business people dedicated to educating the public about the widespread costs of lawsuit abuse.