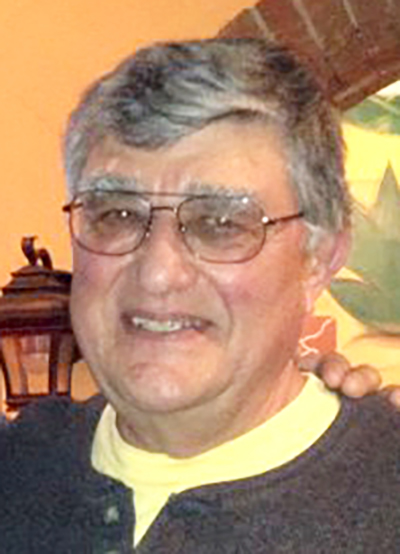 LEBANON — Mayor Richard Wilken is stepping up efforts on a project that he believes will cement his town’s spot on the map.
Wilken is wanting to build the economic base of his city by taking a lot of the traffic out of it. He’s pushing hard for the completion of a state-supported bypass of U.S. Route 50. That effort may take convincing some locals, since the road cuts through the heart of their community.
Lebanon is a quaint, historic town of 4,400 people in the northeast corner of St. Clair County. Its main business streets are Illinois Route 4 and U.S. Route 50. For the most part, it’s a pass-through town, with commuters needing to get from one point to another — but not to Lebanon itself.
Route 4 is important from a traffic standpoint. It is the north-south connection between three interstates — 55, 70 and 64. And Lebanon is the only city located on Route 4 in that 27-mile stretch.
But U.S. 50 is the bugaboo. It’s an east-west highway that doesn’t run east-west in Lebanon. Coming from O’Fallon on the west, the highway stops at Route 4 and turns to the north (running concurrent with Route 4) for a few blocks. It  then comes to a traffic-light intersection before turning again, heading east toward Breese and Clinton County.
All that turning creates a bottleneck that has long been a bane for commuters and truckers.
Wilken wants to take the north-south leg of 50 out of the equation and build a bypass that would make Route 50 run entirely through the city’s southern flank, continuing east until it hooks up to the current Illinois 50 about a mile east of Lebanon, near Summerfield Road. 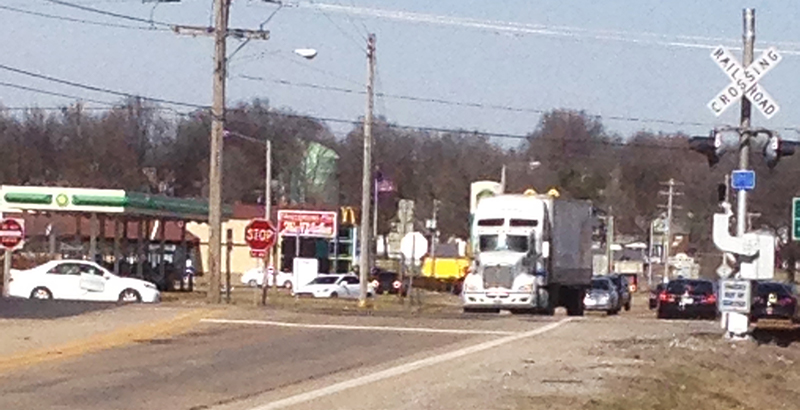 The change would solve two basic concerns. It would alleviate much of the traffic that now maneuvers the intersection of Route 4 and U.S. 50. And it would satisfy a larger effort of the U.S. Route 50 Coalition Group, a group of mayors who are dedicated to making Route 50 a four-lane highway across Southern Illinois.
U.S. 50 runs “ocean to ocean,” Wilken said, and one of its biggest bottlenecks is his city.
“For years, (others) have tried to get Lebanon to be a part of the bypass idea, but the former administration didn’t want anything to do with a bypass,” he said. “Many businesses also didn’t want a bypass implemented because it would take traffic away from existing businesses.”
But Wilken, who owns an insurance agency office located within feet of the Route 4 and U.S. 50 intersection, said it would be better for business to get the big trucks away from the heart of town.

“I’ve been on that intersection the entire 35 years I’ve been in town, and (drivers) simply want to get through town,” he said. “They could care less about shopping uptown. We’re a destination point, and you have to sell it like that. You can’t just hope that drivers commuting back and forth will just stop.”
The traffic is not necessary for business, he said. If that theory was true, there would not presently be the seven empty business buildings located on Route 50, east of where it connects at Route 4.
The mayor said he took it upon himself to contact the U.S. 50 Coalition and begin working with them.
The mayor of Breese, Charles Hilmes, and state Rep. Charlie Meier, R-Okawville, have been working hard on the coalition’s efforts, Wilken said, as has the city of Salem, Ill.
“They want a four-lane highway from Lebanon all the way to the Indiana border,” he said. “The idea is it’s another economic corridor that you’ve created in Illinois to access Indiana.”
Despite years of conversations on the subject, the relocation of Route 50 is likely years more away, but getting Lebanon more involved is the important thing now, the mayor says.
“It isn’t going to get done in three or four years. It may be 10, 15, who knows, 20. Maybe not in my lifetime,” the 71-year-old mayor said. “But (coalition members) have got a good solid plan, and the reasoning, for what they want to accomplish,” he said.
The state owns the land needed for the project and most of it is vacant.
From Route 4, the eastbound entranceway onto the bypass would begin south of where Route 4 crosses the CSX railroad tracks. The state owns some ground on the west side of 4 that would allow for a realignment of 50 so that it runs into 4 further south than it presently does.
As the bypass heads east, then tails to the north it will have to cross over the railroad tracks as well as some wetlands, meaning an overpass will be needed. IDOT is in the process of studying it all, Wilken said. The state has set aside around $3 million for preliminary engineering, he said.
The bypass would run parallel to and south of East McAllister Street, which is just south of a large industrial park dominated by Christ Brothers Asphalt.
As Wilken sees it, McAllister Street, which is a depressed area, could be redone with curb and gutter and be made more attractive to various commercial enterprises that could be drawn to the new corridor.
He also would like to see an enterprise zone in that area to help attract similar businesses to those in the business park.
Along the bypass he envisions future businesses having to do with transportation, RVs parks among them, he said.
The U.S. 50 project is not the only bypass that Wilken has pitched. In 2013, right after he was elected to his first term, Wilken met with U.S. Sen. Dick Durbin and then-Congressman William Enyart to talk about the potential of a bypass for Illinois Route 4, coming in somewhere north of its present connection to 50. Everyone he spoke with in an official capacity liked the idea, but it’s gone nowhere in light of Illinois’ fiscal woes.
“In my presentation to the feds I said we could alleviate some of the trucks coming through Lebanon. There are ton of trucks that come through Lebanon. Nobody nixed the idea other than for the fact that we don’t have any money,” he said.
Wilken was a political novice when he took office in 2013 after decades in the insurance business. He ran on a progressive campaign that aims to build through a series of improvements. The town has benefitted recently from a new widened intersection and stoplight placed at Route 4 and 50. It now has a new Lebanon Elementary School and is putting the wraps on a new volunteer fire department station run by the local fire district.
A couple of main roads, Alton and Monroe streets, have been improved as well. Alton Street passes through McKendree University, and the university helped fund that project.
“This spring we will start on the Schuetz Street project,” he said. “It is important as it passes in front of Lebanon  High School and also accesses the new grade school.”
And the city is preparing to build a new sewer plant on the east end of town. As part of that it acquired 26 neighboring acres for the expansion of the plant as well as future site for public works and for a potential business development area coming off McAllister Street.
The plant is estimated at $8 million to 10 million and would be paid in part by an Environmental Protection Agency loan.
The sewer plant is operating at full capacity. Final engineering is being done on the project and construction could start as early as late 2016.