No, campaign to warp public understanding of our legal system is about profits before people 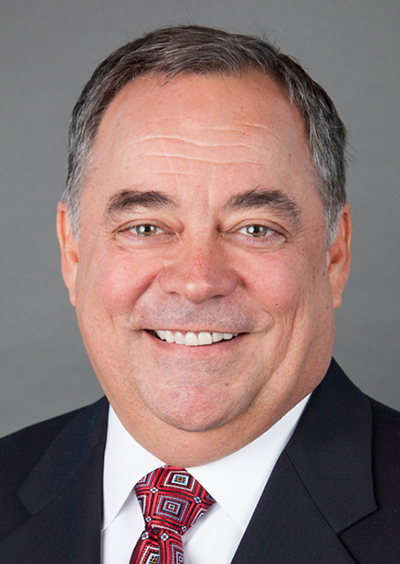 Illinois, like all states, has its share of problems, but so-called “lawsuit abuse” is not one of them. Anecdotes of businesses leaving the state in fear of lawsuits are spread by special interests groups seeking to insulate corporate wrongdoers from responsibility and are nothing more than PR spin aimed at sowing confusion about how our civil justice system really works.
There is no negative correlation between the Illinois economy and our civil justice system. A January study by the National Federation of Independent Business put “taxes and regulations and red tape” and “difficulty of finding qualified workers” as the top issues facing small businesses. In fact, the word “lawsuit” does not even appear in its report; a previous NFIB survey ranked the threat of a lawsuit as 71st on a list of the 75 chief concerns for its members.
Today, Illinois’ pension crisis and lack of state budget are of far greater significance for businesses looking to locate or expand here. The University of Illinois Flash Index, a weighted average of Illinois growth rates in corporate earnings, consumer spending and personal income, recently pointed to the “political showdown over the budget” as a factor that could be harming the Illinois economy. It also has noted the state’s “slowdown is consistent with data showing a national slowing economy.”
Notwithstanding hyperbolic and false rhetoric from front groups for the nation’s wealthiest corporations, upending the state’s workers’ compensation and civil justice systems to bolster the profits of big business and the insurance industry will not aid in balancing the state budget or help grow the Illinois economy. It only will shift the burden of caring for the injured from the companies that caused the harm onto the taxpayers – both individuals and other businesses.
The first, logical step toward fixing our state’s economy should be for legislators and the governor to enact a budget – not erode the constitutional rights of citizens to access the courts that their tax dollars fund.
The American Tort Reform Association is a mouthpiece for a “who’s who” of industry giants, including tobacco, oil, insurance and health-care interests – entities that have repeatedly been found negligent by the courts or have been sanctioned by the government and safety organizations because of their harmful conduct. The group’s distorted and deceptively titled “Judicial Hellhole Report” is intended to fabricate a “lawsuit crisis” and create pressure on lawmakers to fashion policies that will undercut individuals’ constitutional rights.
The fact is that few injured people file lawsuits. The number of lawsuits filed has been dropping nationwide, and here in Illinois the number declined 33 percent between 2010 and 2014. In fact, 64 percent of cases in our courts today are filed by businesses suing businesses or individuals for money.
In Madison County, the number of asbestos lawsuits has fallen by 22 percent since 2013. When an asbestos-related trial started recently in Madison County, local media noted it was the first such trial there in two years. However, groups like ATRA won’t be satisfied until companies that knew better can skirt responsibility for exposing men and women to that lethal substance.
Even a locally based and respected defense attorney, who handles asbestos cases, acknowledged in an interview with St. Louis Public Radio that his clients have always received fair treatment in Madison County. He said he disagreed with the “judicial hellhole” label; cases tend to be filed and defended in that jurisdiction, he said, because it is “cost-effective.”
Madison County Chief Judge David Hylla also has said that it’s a travesty to continue disparaging Madison County with that loaded term. He accurately describes local judges as hardworking and fair.
So why do ATRA and its local mouthpiece, Illinois Lawsuit Abuse Watch (I-LAW), spread such vile misinformation? It is part of a broader and very well financed nationwide campaign to prevent injured or sickened individuals from getting a fair shake in our courts. Powerful and wealthy special interests, fearing they will be held accountable for their wrongdoing, want to severely limit the opportunities for judges and juries to decide cases. Their propaganda is meant to further prejudice the public and prospective jurors against plaintiffs who have suffered horrible injuries and terrible mistreatment.
Illinois’ civil justice system, unlike those in many other states, serves as a powerful deterrent against corporate misconduct. The financial backers of groups like ATRA and I-LAW don’t truly fear frivolous lawsuits because they know our justice system throws out cases without merit. What they fear are meritorious lawsuits that will force them to return ill-gotten gains to the people they have hurt.
The real “judicial hellhole” they wish to create – and that we must demand our elected officials vigorously oppose – is a court system in which ordinary men and women have little chance for justice because their rights have been stripped away by politicians doing the bidding of corporate special interests.
Perry J. Browder is an Alton-based attorney and the president of the Illinois Trial Lawyers Association, a statewide organization whose members represent injured consumers and workers.

GODFREY — Price Incorporated, the Alton area beautification organization, is turning 50 years old and invitations are going out for a special anniversary celebration April 7 at the Commons at Lewis and Clark Community College.
Several organizations will be recognized for their efforts, and a special beautification project will be announced. Reservations can be made by phone or online. Call Pride at (618) 467-2375 or visit www.prideincorporated.org.