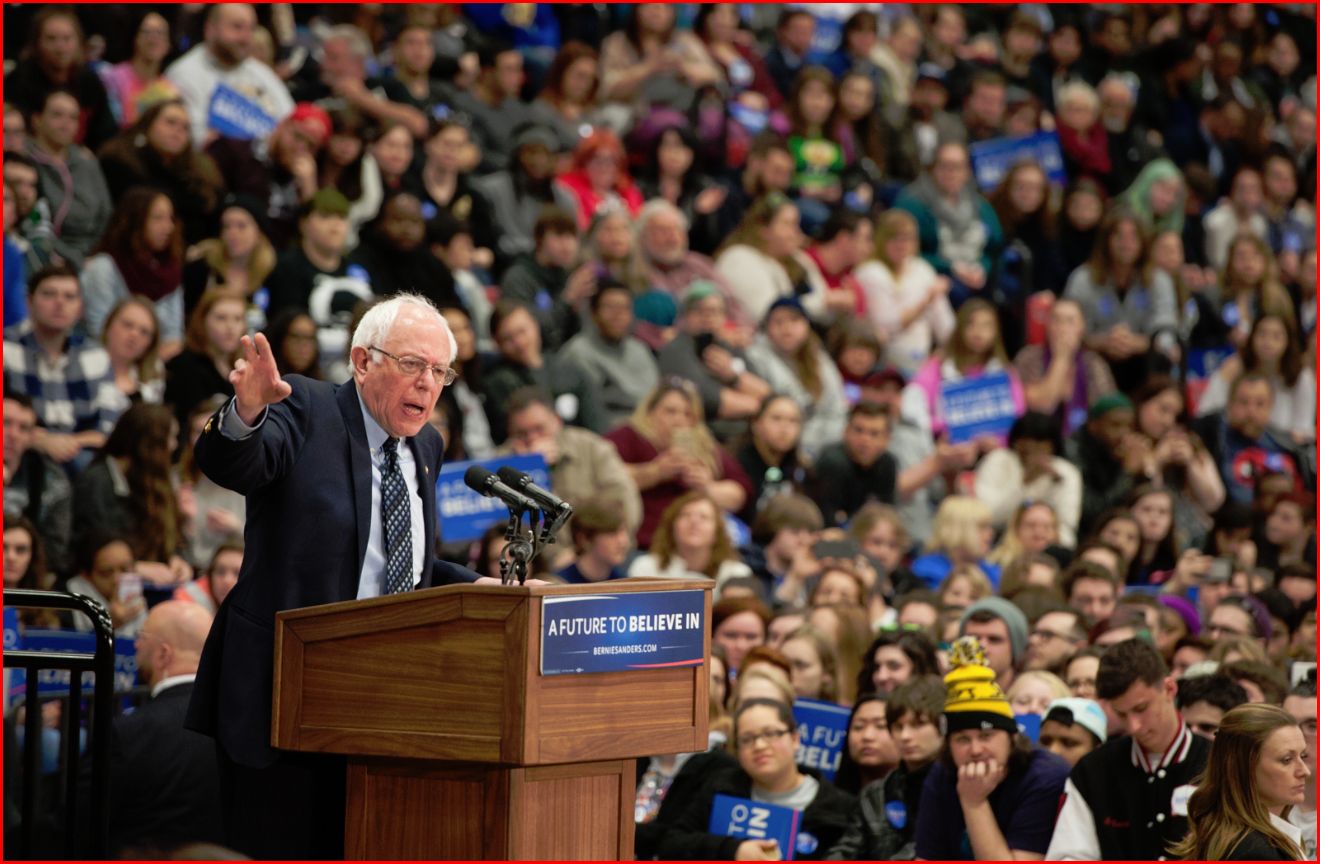 EDWARDSVILLE — Thousands of people packed the Vadalabene Center at SIUE Friday to listen to Democratic presidential candidate Bernie Sanders — most of them members of a younger generation that has cheered him so vigorously.

A crowd of more than 4,000 jammed the facility, while hundreds stood outside in the cold where Sanders briefly addressed them before going inside.

“I got here at 4:30 a.m., and I’m ecstatic,” said Cole Preston, an SIUE graduate student majoring in public administration. “Bernie’s rally puts us on the map. It’s the recognition SIUE deserves.”

“I’ve never been to a political rally,” said Jordan Brittin, an SIUE freshman with an undecided major. “There’s been a lot of awesome energy here. When I got here at 4 a.m., there was a ton of people, and we made friends with many while we were in line.”

“Everyone was in a good mood and was friendly,” said Jessie Borgic, an SIUE sophomore psychology major who arrived at the Vadalabene at 6 a.m.

“I’m happy Bernie chose to come to SIUE,” Borgic said. “I think his visit will put SIUE more in the minds of people than it already is.”

Sanders brought his standard message to the campus, speaking as he has many times about student loan debt, the need to reform campaign financing, and the importance of young people being a part of the voting process. His speeches have prompted a strong following among young adults. The Vermont Democrat’s visit comes just days before the March 15 primaries in both Illinois and Missouri.

Lara Jennings, a counselor for the Upward Bound Math and Science Program at SIUE East St. Louis Center, said she took a vacation day to attend the rally. “I’m excited to see that a presidential candidate elected to come to SIUE,” she said. “It shows he is thinking of us, which is extremely important considering the budget crisis that Illinois is facing right now.”

Lorato Adkins, a senior nursing major, was encouraged by the number of young people in attendance. “I feel our generation is becoming more politically involved, which is good,” he said. “It’s also great to have SIUE spotlighted.”

Corinthian Holts said he was feeding off the electric atmosphere. “We got in line at the New Science Building,” Holts said. “People are here because they want to be part of something bigger than themselves. We will be able to look back and tell others that we were part of something special today.”

Ajeenah Johnson, an SIUE senior psychology and criminal justice major, agreed. “To see people motivated around something positive is cool,” she said. “And to see SIUE students stick around for something right at spring break is encouraging.”

“Everyone is so energetic, and everything has been awesome. There is also so much diversity here,” said SnehaliPatel, an SIUE sophomore political science major.

SIUE freshman Webster Dyer, a geography major, heard Sanders speak at the Iowa caucuses. He said there were more people in the Vadalabene than there were in Iowa. “I wanted to experience the energy and excitement again,” Dyer said. “I think it speaks well of SIUE to have someone of Bernie Sanders’ stature come here.”