PHOTO: A scene from the crash.

EDWARDSVILLE – A local law firm has won a $1.06 million settlement on behalf of a client injured in a serious accident 16 months ago.

Troy Walton, of the Edwardsville based injury law firm, Walton Telken Foster, LLC, said the settlement was reached with a South Carolina-based trucking company and J. B. Hunt Transport, Inc. Walton’s client, Eugene Brackman, a Staunton resident, was severely injured in a crash with a tractor-trailer on Interstate 270 near Edwardsville in October 2014. 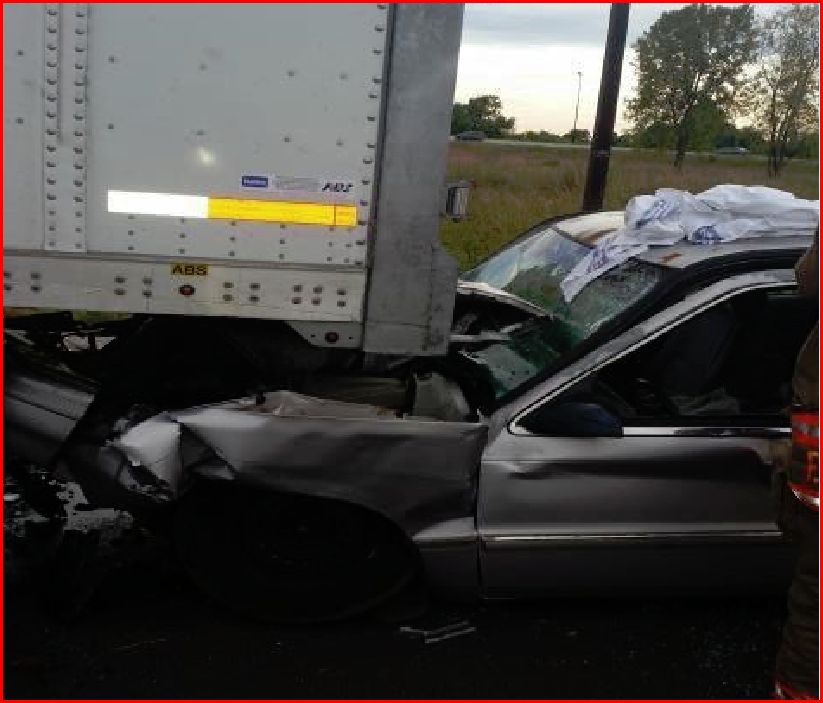 As a result of the crash, Brackman suffered numerous injuries including right and left wrist fractures, a right tibial plateau fracture, a spleen laceration, a fractured sternum, multiple spinal and rib fractures, and required several surgeries.

“Despite the initial severity of Mr. Brackman’s injuries, we are grateful that he has made an amazing recovery and was capable of returning to work within several months of the crash,” Walton said in a release.

According to the suit filed last fall, J. B. Hunt Transport, Inc., hired Epheson Transport, LLC and its driver, Ephrem A. Sharew, both of South Carolina, to haul a trailer from Kansas to Pennsylvania.

The suit alleged that Sharew, while driving a 2006 Freightliner Columbia 120 tractor and hauling a J. B. Hunt trailer, stopped abruptly and without warning in heavy traffic on Interstate 270, causing Brackman to slam into the back of the tractor-trailer.

The suit further alleged that J.B. Hunt was negligent in its decision to hire and retain Epheson Transport and Sharew when it knew that they were unfit to safely operate the tractor-trailer. In reaching the settlement, the insurer for Epheson Transport, LLC and Ephrem Sharew agreed to pay $1 million, its available policy limits, and J. B. Hunt agreed to pay an additional $60,000.

“In order to keep our families safe, it is imperative that trucking companies make certain that their drivers are well-qualified and thoroughly trained before allowing them out on our highways to operate 70,000 pound tractor-trailers,” Walton added.

Walton Telken Foster is headquartered in Edwardsville and regularly handles cases throughout Illinois and Missouri.