EDWARDSVILLE – 2016 Madison County Living Legends Community Service Awards were presented to Dr. Edward Hightower of Edwardsville, and Bobby Collins Sr., of Alton, at Wednesday’s meeting of the Madison County Board.

The Madison County Living Legends Community Service Award is annually presented to county residents who have made extraordinary contributions to their communities and fellow citizens. Nominations for the award are made by members of the Madison County Board. 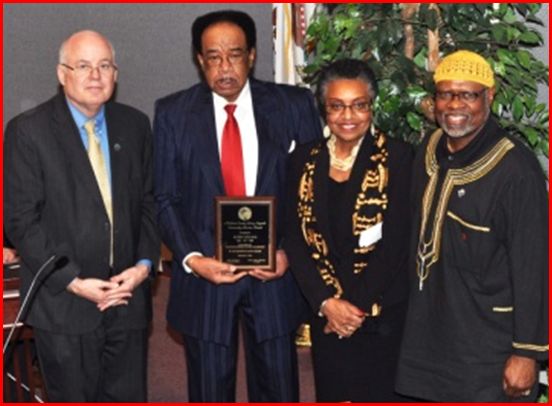 “During February, when we recognize the many contributions of the black community during Black History Month, it is only appropriate that we recognize two outstanding citizens, Dr. Ed Hightower and Bobby Collins Sr.”

“For decades, these two gentlemen have made countless contributions to their fellow man and their communities, and have brought honor to their families and to Madison County,” Dunstan stated. “It is with respect and sincere pleasure that we present Dr. Hightower and Mr. Collins with the 2016 Living Legends Community Service Awards.”

Hightower has spent a career in education and helping others through his association with athletics and civic organizations.

He holds bachelor, master and specialist degrees from Southern Illinois University Edwardsville, and a doctorate in Education Administration from St. Louis University. He spent 40 years in public education, including 19 years as superintendent in the Edwardsville school district. Before his tenure in Edwardsville, he worked as a teacher, principal and administrator in Alton. 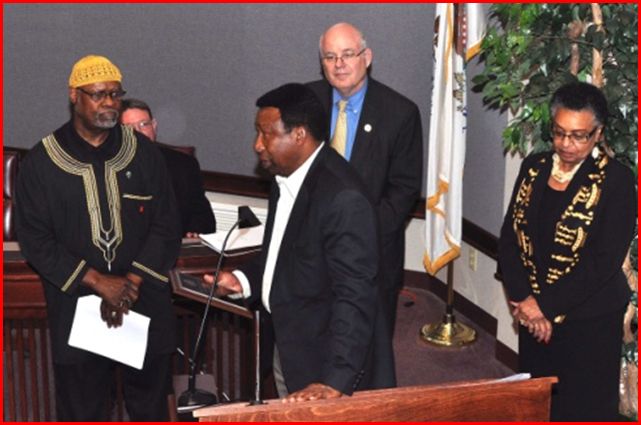 Hightower guided the Edwardsville School District during an era of immense growth including the construction of several new schools, major renovations, and other construction projects. The enrollment during his time grew by more than 2,000 students and the school system has been recognized as one of the top in Illinois for academics, athletics, and performing arts.

Recognized as one of the top NCAA basketball officials of all time, Hightower officiated Division I basketball for 36 years, including 12 NCAA Final Four tournaments, the Goodwill Games and World Championships. He received national college official of the year awards in 1992 and 1995, and is inducted in the St. Louis and Illinois Sports Hall of Fames. In 1999, he was named as one of the top 100 St. Louis athletes of the century.

Throughout his career, Hightower has been actively involved in the community. In addition to raising millions of dollars in donations for educational and athletic facilities, he was former vice chairman of the Southern Illinois University board of trustees and continues to serve on the board of directors for the Lewis and Clark Community College. He also served on the St. Anthony’s Hospital board of directors for 18 years.

Collins was born in St. Louis and attended public schools in New Jersey and Illinois. After graduating from Madison High School, he received his degree in Business Administration from Lewis and Clark Community College.

He was employed for 47 years with the Olin Corp., holding several management positions including the position of general foreman.

Collins was active in youth organizations, serving 10 years as baseball and basketball coach for youth leagues. He directed and organized youth basketball programs and served as president of the Alton High School Basketball Boosters Club.

Collins has been involved with community organizations, including the Alton Branch of the NAACP, where he is the current treasurer; the 100 Black Men of Alton, where he held leadership positions for many years, including president; and the Madison County Urban League, where he also served as president. For six years he served as a board member for the American Red Cross.

He was married to the late Josephine E. Patterson, and has two children, Bobby Jr. and Alicia. He has four grandsons, Bobby III (Trey), Kendal, Kevin and Michael.