EDITOR’S NOTE: The following article discusses the issues behind the debate in our Point/Counterpoint.

BY T. CHRISTOPHER BAILEY
In a recent decision, a divided National Labor Relations Board revisited the standard it used to determine joint employer status. In reversing course from more than 30 years of precedent, the labor board significantly expanded the scope of joint employment and exposed many employers to new legal obligations and potential liabilities. 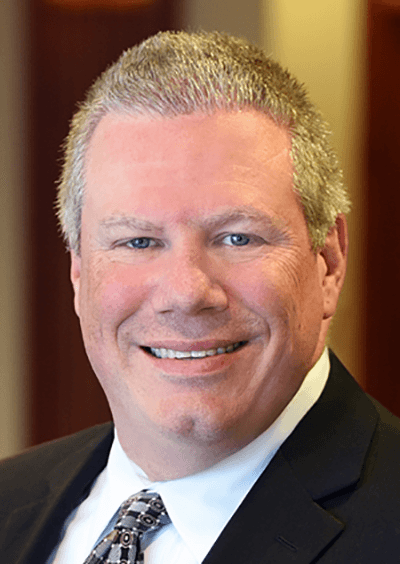 Since 1984, the labor board’s standard for determining whether an entity was a joint employer required a showing that its control over another entity’s employees was “immediate and direct” rather than “limited and routine.” Further, in its previous decisions, the labor board focused on control that was actually exercised over employees, not control that hypothetically could be exercised.
Under the new standard, joint employer status exists where an entity has the potential to exercise control over another entity’s employees. Additionally, the labor board concluded that the potential control need not be directly exerted. Rather, joint employer status could be based on control exercised indirectly by a third party.
In the case in question, Browing-Ferris Industries of California, Inc. d/b/a BFI Newby Island Recyclery owned and operated a recycling facility that functioned largely through employees of a staffing agency, Leadpoint Business Services.
The relationship between BFI and Leadpoint was governed by a labor services agreement that defined BFI’s authority over Leadpoint employees. After a Teamsters local filed a petition seeking to represent Leadpoint’s employees, the question arose whether BFI was a joint employer of the employees.
In determining BFI’s joint employer status, the labor board considered the traditional indicators of the employer-employee relationship: ability to hire, discipline and fire employees; ability to dictate wages and benefits; authority to set schedules and determine who works what hours; responsibility for training and establishing safety standards; authority to establish work processes; and the supervisory structure in the facility. While considering the control BFI actually exerted, the labor board also focused on the parties’ agreement, looking for areas in which BFI had the potential to exert authority, even though it had never done so in practice.
After considering the relevant factors, the labor board concluded that BFI was a joint employer and, accordingly, was obligated to bargain with the Teamsters.
The BFI case involved a situation where one entity leased employees from another company. However, the labor board’s decision is not limited to that situation alone. Under the newly articulated standard, it is possible a franchisor could be deemed a joint employer along with its franchisee by virtue of language found in a franchise agreement.
Similarly, in certain circumstances, an agreement between contractor and subcontractor could create a joint employer relationship. Indeed, any relationship between any two entities could lead to a joint employment finding if one entity has the potential to exercise control over the other entity’s employees.
The National Labor Relations Board oversees enforcement of the National Labor Relations Act, a federal law that governs management and labor relations. In this setting, a joint employer finding may create collective bargaining obligations, as well as liability for unfair labor practices. However, the expanded joint employer standard may not be limited to union-management matters governed by the NLRA. In a blog post released Jan. 20, the U.S. Department of Labor’s Wage and Hour Division announced its intention to “identify where joint employment applies and to hold all employers responsible.” Thus, it appears the expanded joint employer definition will find its way into matters involving enforcement of minimum wage, overtime and other matters governed by the Fair Labor Standards Act. Other agencies under the U.S. Department of Labor may adopt a similar approach — in particular, the Equal Employment Opportunity Commission, which administers the various federal anti-discrimination and harassment laws.
The labor board’s newly announced standard has not been subjected to judicial review. The steps required for taking an appeal to federal court were only recently completed, and Browning-Ferris is expected to file an appeal. However, it will likely be more than a year before a decision is released, and it is unlikely that the decision of a single federal appellate court will deter the NLRB and other Department of Labor agencies from applying the new standard. In the meantime, businesses that enter into any of these relationships should be aware of the increased responsibilities and legal exposure that may come with the relationship.
Chris Bailey is an officer in the Employment & Labor practice group at Greensfelder, Hemker & Gale, P.C. Greensfelder has offices in Belleville, St. Louis and Chicago.

EDWARDSVILLE — Alumna Tessa Keys is the new director of graduate education in the Southern Illinois University Edwardsville Graduate School. Keys previously worked in the SIUE School of Pharmacy where she developed academic enrollment plans and aided in policy development for student progression.
Keys will be responsible for administering programs and services for graduate students and expanding the master’s in health-care informatics program. She earned a bachelor’s in psychology from SIUE and a master’s in student affairs administration in higher education from Ball State University.