By DENNIS GRUBAUGH
State leaders hope 2016 is the year they finally get a handle on metal theft, a nagging crime they’d like to scrap once and for all.
A state task force has begun looking into the problem and is due to report back to legislators this fall. But group members won’t wait that long if they have something to say before then.
“The report is due at the end of October to the General Assembly, but if something comes up before that, that we think can make an immediate difference we’ll do that,” said 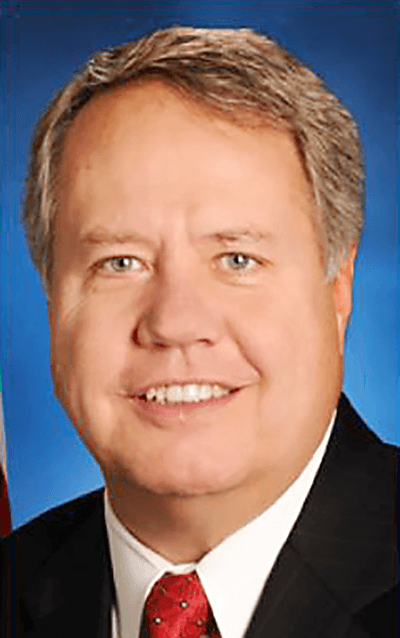 Jay Hoffman, D-Swansea. “If there are some ideas that can be done legislatively now, we’ll agree on them.”
Last year, Hoffman sponsored House Bill 330 to create the Recyclable Metal Task Force. The measure struck an unusual, unanimous chord with fellow legislators who also had been hearing from constituents and businesses about the problem of thieves stealing copper and other metal for scrap. The governor signed the bill into law, effective the first of the year, and the first meeting of the task force quickly followed.
The law calls for a task force consisting of designees from the Legislature, the Secretary of State, the State Police, recyclable metal dealers, rural electric cooperatives, homeowners’ insurance companies, scrap metal suppliers and chiefs of police from throughout the state.
Hoffman said the task force will assist in the development of regional metal theft task forces.
In their first meeting, task force members chose Hoffman and state Rep. Michael Unes, R-East Peoria, as co-chairmen.
“This should not be a partisan issue; it should be above that,” Hoffman said.
The Secretary of State and Illinois State Police both had representatives at the first meeting and both had input.
“The Secretary of State’s Office, through their scrap metals audit division, has begun to do audits of businesses to make sure they are not marketing in stolen property,” Hoffman said.
The task force unites legislators, law enforcement and business leaders on a common concern.
Sporadic efforts, including some in and around Madison County, have targeted the metal theft problem, but until now there really hasn’t been a statewide effort that’s also looked at the best practices of other states, Hoffman said.
“But if you talk to people in the utility industry you can see it’s still an enormous problem that has consistently depended on the prices of copper or other metal. The higher the price, the more theft occurs,” he said. “I’m told that it’s gotten a bit better lately because the prices have been down, but I don’t think that’s a reason to celebrate.”
Hoffman said one or two incidents led to the proposal in the legislature.
“Less than a year ago, a strip mall in Fairview Heights had four or five air-conditioning units that were completely stripped in one night, truly costing tens of thousands of dollars,” he said.

There was also an issue dealing with a walkway constructed over Interstate 64 at East St. Louis.
“They put copper wires in as part of the lighting for the new bridge, and before IDOT could actually open the walkway, the wires were stolen,” Hoffman said. 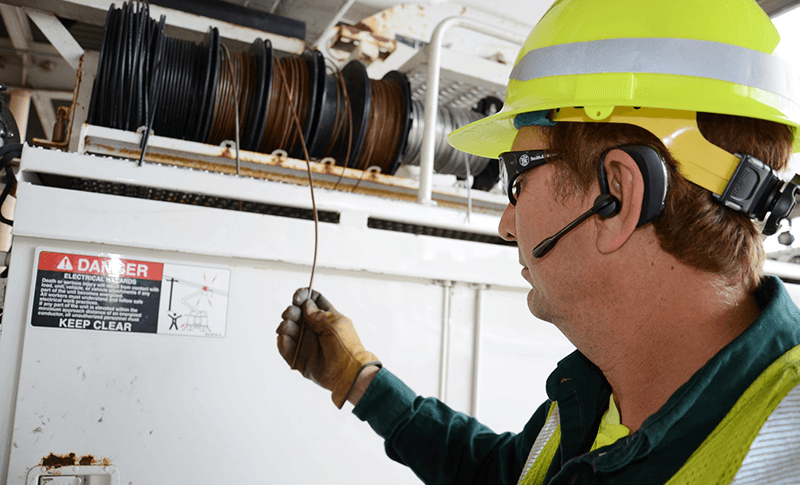 Ameren Illinois says the problem has both financial and safety implications.
“Copper theft is a serious crime that can result in injury or death,” President Richard Mark told the Illinois Business Journal. “Copper is used in electrical equipment to conduct electricity. When a thief touches it without correct safety gear or equipment, the electrical current can jump or strike the thief, resulting in electrocution.”
Ameren Illinois workers are also placed in danger when copper parts or wiring are stolen from electrical equipment.
“Grounding wire helps protect the public and our workers. If a worker is not aware that a line has been tampered with, it can cause serious injury or possible death,” Mark said.
Last year, Ameren Illinois had approximately 125 cases involving metal theft. The value of the stolen metal and labor to fix damaged equipment was more than $125,000. The thefts involved substation break-ins, work headquarters’ break-ins, copper ground wire removed from power poles, copper removed from Ameren vehicles and Ameren Illinois-stamped metal removed from contractor vehicles doing work for Ameren.
“We applaud Rep. Jay Hoffman for creating a state task force to look into metal theft,” Mark said.
The task force hopes to make recommendations for tracking recyclable items and making sure they aren’t stolen, and if they are stolen coming up with ways to find and hold thieves accountable.
State Sen. Bill Haine, D-Alton, sponsored the bill in the Senate. He noted that metal theft has been on the rise in recent years and that the high cost of copper has led to a growing number of instances of people stealing wiring and piping from utility property, electrical infrastructure and vacant homes.
“Metal theft is a major issue both in the Metro East and throughout the state,” Haine said recently. “It is important we combat this problem head on, and that is exactly what this task force will do. When people steal the copper out of utility lines, it causes issues resulting in power disruptions and revenue loss. This can lead to major electric outages and expensive repairs that impact ratepayers. This task force protects consumers and reduces costs associated with metal theft.”
Stopping the problem may also save lives. Several people have been killed in the course of stealing hot, electrical wires.
Similar task forces have been set up in other states and have seen success, Haine said. According to media reports in Tucson, Ariz., property loss was reported at $2.9 million in 2012. Just two years later, property loss was decreased by 90 percent to $310,000.
Hoffman said he has fielded input from people throughout the nation that have written and put into place different anti-theft model programs that they believe are working.
“We need to see what’s relevant and applicable here in Illinois,” he said.
More than a dozen people are on the task force, but Hoffman doesn’t see limiting the input.
“Everyone will have something to add to the discussion. I’m not an expert. My work is to help bring the experts together,” he said. He’s willing to invite testimony before the legislature if it helps.

ST. LOUIS – The commercial real estate firm of NAI DESCO has added two brokers to its local offices.
In the Metro East office, Tom Maloney will join the team led by Illinois Director David Wittenauer. Maloney will focus on retail and investment properties. Maloney comes to NAI DESCO following a career in technology sales.
Joining the office team at the Clayton headquarters is Matt Ruck, a St. Louis native who started his real estate career at Duke Realty and went on to Emerald Properties and Balke Brown Transwestern.