The Grain Belt Express Clean Line is a power line project in the works for the past three years. Supporters say it will provide Illinois and Missouri with access to some of the lowest-cost energy resources in the country, found in the windy plains of western Kansas. 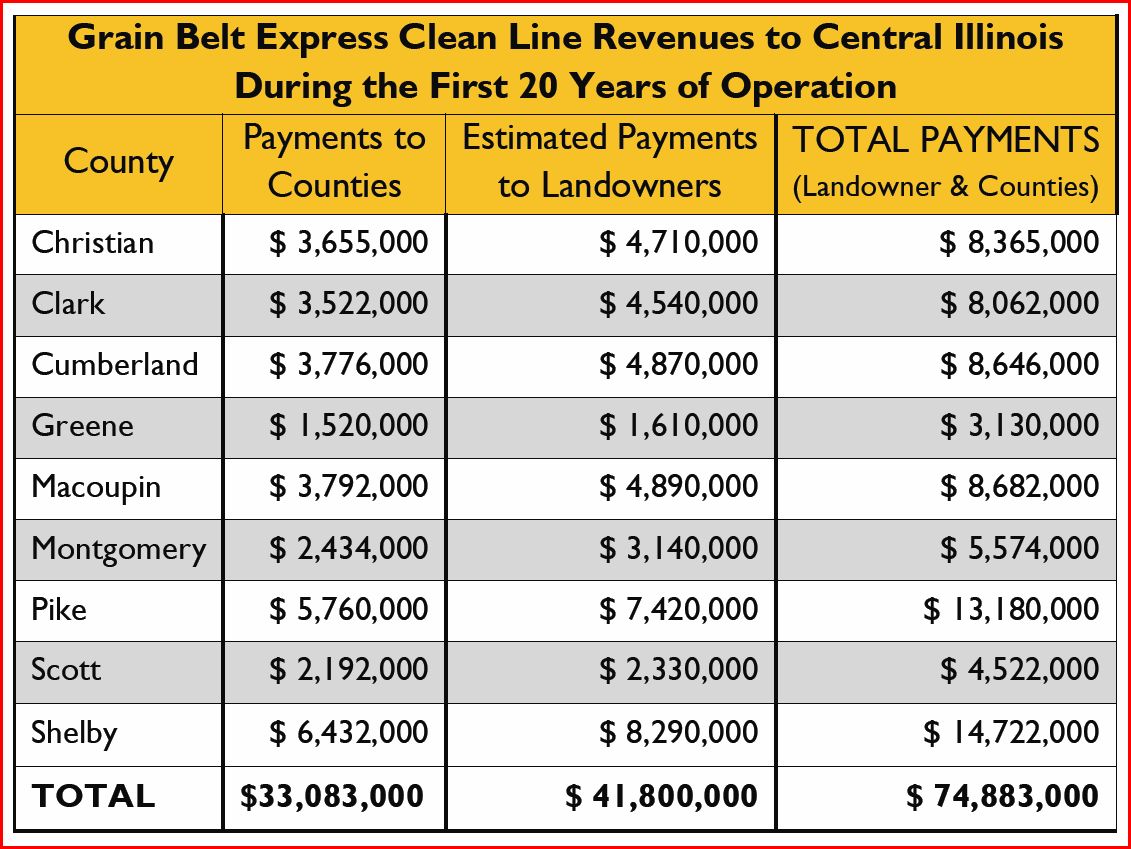 Clean Line Energy is developing the project, which will deliver enough low-cost, clean electricity to power 1.6 million homes each year and reduce wholesale power prices in Illinois alone by $750 million in the first five years of its operation.

“Projects like the Grain Belt Express don’t happen every day. This is a major opportunity for our business and our workforce,” said Jeff Thomas from Hubbell Power Systems. Hubbell manufactures insulators and other transmission line components at its Centralia, Mo., facility. It recently acquired Turner Electric, which manufactures transmission line components in Edwardsville, Ill.

The boost to manufacturers and other local businesses isn’t the only benefit of the new clean energy power line. Payments to landowners across the nine-county project area are estimated to reach more than $41 million over the first 20 years of the project’s operation. Compensation to landowners will continue for as long as the line is on their property.

Additionally, Clean Line will contribute more than $33 million directly to the project area counties. Counties can use these funds, at their discretion, for services such as schools, roads and other local public programs. Central Illinois counties and landowners will receive a total of more than $74 million in the first 20 years of the power line’s operation.

Supporters are speaking out after recent action by state Sen. Kyle McCarter, R-Lebanon, who filed a senate resolution urging state and federal courts to reject any request for eminent domain authority from the corporation behind the Grain Belt Express Clean Line power project. The measure is awaiting action.

In November 2015, the Illinois Commerce Commission approved Clean Line’s application and granted a Certificate of Public Convenience and Necessity to construct and operate the Illinois portion of the Grain Belt Express. Illinois, Kansas, and Indiana have each provided the necessary regulatory approvals for the project to proceed. Clean Line will focus on advancing the project in Missouri, the final state where it needs regulatory approval.

The project will enter Illinois in Pike County and travel east across the state through Scott, Greene, Macoupin, Montgomery, Christian, Shelby, Cumberland, and Clark counties. Over the past two years, Clean Line has hosted more than 40 public meetings in the Illinois project areas to share information about the Grain Belt Express and collect public input.

Community members are invited to contact a project representative by calling a toll-free number, (855) 665-3438, with any questions or to provide feedback. Detailed information also is available at www.grainbeltexpresscleanline.com.