ALTON — Carrollton Bank has announced that Steve Thompson has joined the bank as regional president. 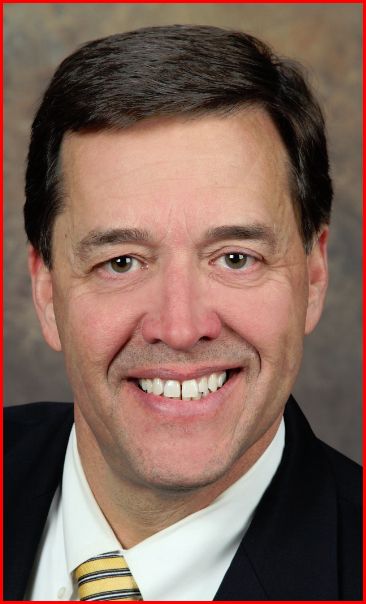 Thompson (left) comes to Carrollton Bank with more than 30 years of Alton banking and financial experience.

“Steve has the ideal combination of bank leadership, community leadership and strong local roots,” said Tom Hough, CEO of Carrollton Bank. “We are extremely pleased that a veteran banker like Steve has chosen to join our bank.”

During his long stints at CNB Bank & Trust, Liberty Bank and Bank of Alton, Thompson has served in a variety of leadership roles such as market president, chief financial officer and commercial loan officer.

Thompson operated his own business, as a consultant to banks. “That experience as a business owner has really helped me see things from that perspective,” said Thompson. “It helped me understand how important it is for a banker to listen to business owners carefully. They need you to respond quickly and take a flexible approach, to find ways to help.”

Between working on his own and for KPMG Peat Marwick, a large accounting firm, he advised area banks for almost eight years. “I saw lots of banks up close, from Quincy to Cairo,” said Thompson. “That made it easy to recognize the value of working at a strong bank like Carrollton, where the bankers own and run the bank.”

Thompson is active in numerous civic and community organizations in Alton. He currently serves as board chairman of Alton Memorial Hospital (where he has served as a board member since 2010), board member of the RiverBend Growth Association and treasurer of the Alton Athletic Association. In 2014 he helped found the Reach Out and Read (ROAR) literacy program. He has served as president of Boys and Girls Club of Alton from 2005 to 2006 (receiving their Champion of Youth Award in 2008), chairman of the East End Improvement Association in 2003, president of Lockhaven Country Club from 2005 to 2006, and has been a member of the Alton Godfrey Rotary Club from 2005 to 2016 and was named a Paul Harris Fellow in 2015.

Thompson graduated from Alton High School, attended Southern Illinois University in Edwardsville and has lived in Godfrey for more than 40 years.

In addition to its Alton office, Carrollton Bank has eight offices including Jerseyville, Carrollton, Springfield and O’Fallon in Illinois, and St. Charles, Clayton, Des Peres and St. Louis Hills in Missouri.