CASEYVILLE – While in jest, one Southern Illinois University Edwardsville Head Start/Early Head Start teacher has two supervisors both wanting her for their centers, and not because of her recent accolades. 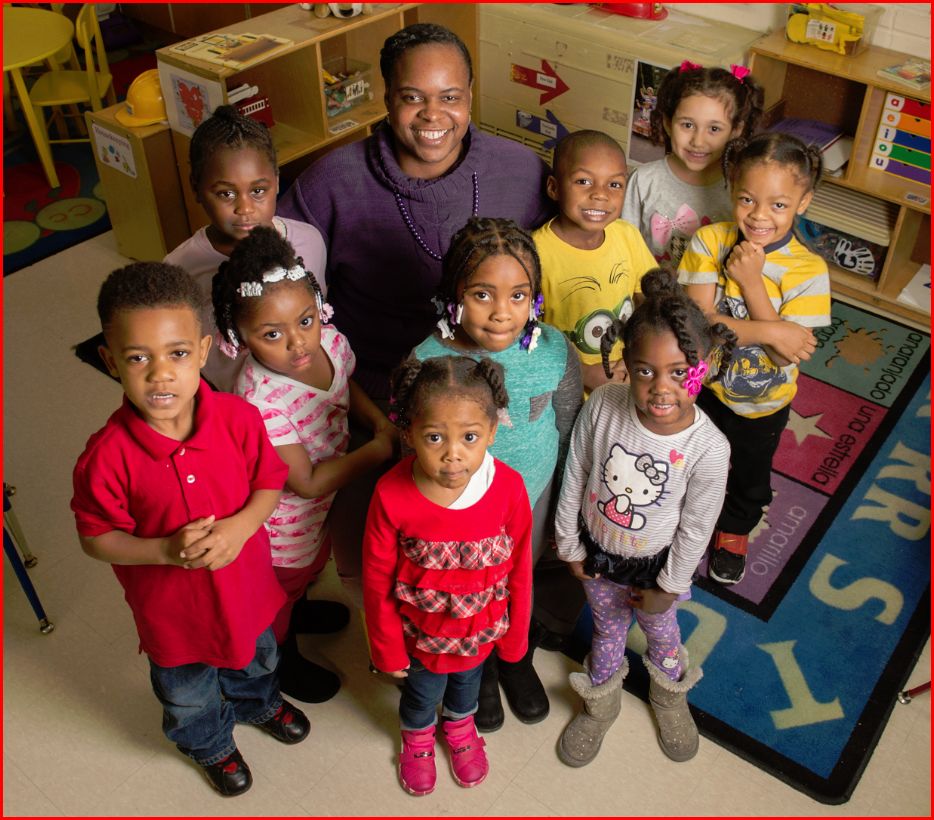 “Chea takes so much initiative in her work,” said Marcia Oliver, who nominated Wyatt. “Whatever is required for her to get the job done, she does it.

“And she doesn’t do it for the praise,” added Oliver, coordinator of the Jackie Joyner Kersee Head Start Center. “I wish I had her back, but I know Ms. Applebee is going to keep her.”

Wyatt said she is glad to be at SIUE Head Start/Early Head Start and helping make a difference in children’s lives.

“I’ve always been passionate about working with children,” Wyatt said. “I want to be their advocate and form connections with them. I was surprised to learn about the Head Start Teacher of the Year award.”

Wyatt has worked with the SIUE Head Start/Early Head Start program for four years. She started out as a child development associate at the Tenth Street Head Start Center in East St. Louis. Later, in 2015, Oliver became Wyatt’s supervisor, and the Head Start center was moved to the Jackie Joyner Kersee location.

When Wyatt received her bachelor’s in early childhood education from SIUE in May 2015, she wanted to advance to a teaching position or child development supervisor. However, no positions were available at the time.

Eventually, in September 2015, a teaching position did open at Bluffview.

“She came here and stepped into her teaching role like she had been doing it for years,” said Applebee. “She’s adept, creative and pleasant in what she does.”

Wyatt is teaching a classroom of approximately 18 students, ages 3-5.

“My job is to be the best teacher I can be,” she said. “I provide a safe and nurturing environment for children to learn.

“I also build relationships with the parents,” Wyatt continued. “I provide parents with needed resources and invite them to volunteer and be a part of the learning environment.”

But working as a teacher today can be trying because of the challenges many children face in their homes and communities, she noted.

“Then for the teacher there are the challenges of not having enough time to get everything done,” Wyatt continued. “You have to make sure you stay on task and provide everything that children need. I take work home, and I’m a multi-tasker.”

“She just never complains about her work and what is required, and she goes above and beyond,” Oliver said. “You put her in any situation, even one that is not ideal, and she’ll flourish, minus any drama.”