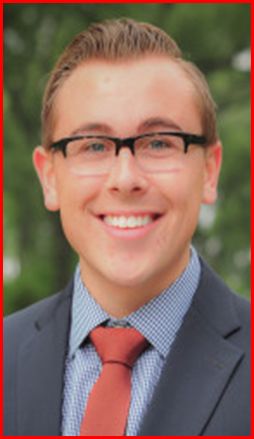 Korns will report to Frank Miles, administrator of the Madison County Community Development department, which coordinates the county’s economic development program. In his new position, Korns’ responsibilities will include the identification, administration and coordination of economic development programs in Madison County, including project feasibility, eligibility and implementation in the areas of manufacturing, agriculture, tourism and transportation, among others.

“Other than the rehabilitation of the levees, which protect more than 150,000 residents and thousands of businesses from the Mississippi River, the economic development of Madison County is a top priority,” Dunstan said. “Austin Korns is an exceptionally bright individual who strengthens our economic development team considerably.”

Dunstan said Korns will take advantage of economic conditions that he sees as significantly improved in the county.

“Madison County’s status as one of the premier inter-modal distribution centers in the country and the availability of a skilled workforce is helping drive economic development in the county. We are seeing steady increases in new construction, unemployment has dropped to five percent and corporations are again looking at growth opportunities,” the chairman stated. “Now is the time to aggressively pursue economic development in Madison County.”

“Madison County is aggressively pursuing economic development opportunities and the addition of Mr. Korns is important to that effort,” said Miles, who previously had worked for the port district.  “Austin (Korns) brings a skill set necessary to position our county for success, particularly his skills in targeted marketing, data analysis and projections,” Miles said. “This is a very positive addition to the Madison County economic development team.”

Korns is a native of Aledo, Ill., a small community located northwest of Peoria. He graduated from Aledo High School. He currently resides in Edwardsville.