By KERRY SMITH
Shiloh-based BARBERMurphy Group celebrated year’s end by landing a huge commercial real estate deal – one that will rehabilitate and rejuvenate a longtime dormant industrial plant, which will again be available for heavy industrial uses. 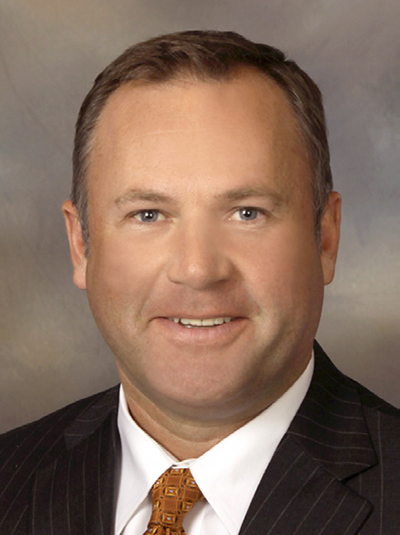 Steve Zuber, principal at BARBERMurphy Group, says the 200,000-square-foot, 39-acre site of the former Big River Zinc Corp., located in Sauget about three miles southeast of downtown St. Louis off of Illinois Route 3, was purchased by Jet Enterprises and Holding Co. for an undisclosed amount.
“This site has excellent logistical characteristics being less than one-half mile from all the major interstates and the Mississippi River for barge access,” said Zuber, who brokered the deal. “It is also served by both the Kansas City Southern Railway and Terminal Railroad.”
Once site cleanup has been completed and nonessential buildings are demolished, Zuber said, there will remain approximately 150,000 square feet of buildings available for lease. An auction is scheduled for Jan. 13 and 14 by Asset Recovery Consultants to sell general assets from machine shop, maintenance department, processing equipment and other various property assets.
According to Zuber, some of the existing warehouse space will be renovated during the first half of 2016. The site will be useful for dry bulk and liquid storage, general warehousing or fabricating operations with land available for outdoor storage. Some of the buildings have overhead cranes and rail siding, he said, which will be an added benefit to some users.
According to Big River Zinc, for more than 60 years the refinery produced zinc metal by treating zinc sulfide concentrate from local mines to produce about 100,000 tons annually. ZincOx Resources purchased BRZ in May 2006 for $14 million; the sale came three months after smelting operations were suspended due to closure of the last of the local zinc mines. In 2009, ZincOx began a couple of small related businesses to help cover costs. In 2010, it sold anodes and cathodes.
“This site has so much potential for various types of trans-loading, warehousing or manufacturing operations,” Zuber said.
BARBERMurphy Group is the largest commercial real estate brokerage firm in downstate Illinois. The recently expanded firm now has 19 Illinois licensed brokers and more than 500 listings exclusively in Southern Illinois.