The Legacy Awards event honored those who have impacted the Edwardsville/Glen Carbon community through extraordinary contributions in giving and philanthropy. The Legacy Awards presented during the evening included the Philanthropic Business of the Year and Philanthropist of the Year. In addition, three local nonprofits were honored for their extraordinary work in the Edwardsville Glen Carbon community. 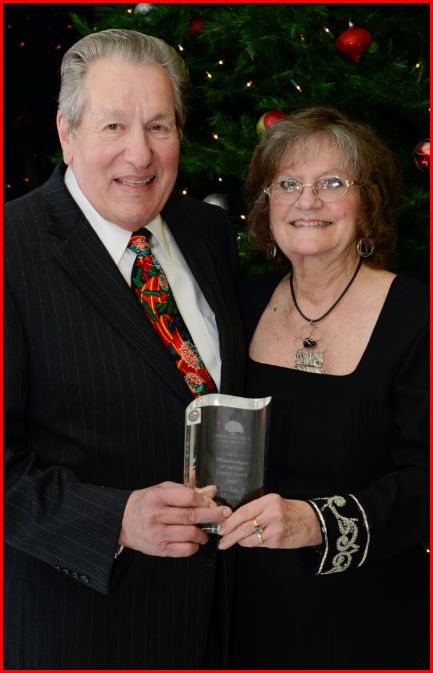 The prestigious Philanthropist of the Year Legacy Award, which honors a lifetime philanthropist, was presented to Charles “Al” Wentz. Wentz is responsible for helping hundreds of youth receive college or vocational education. He began his philanthropic mission when one of his close high school buddies passed away. He and his group of high school friends, referred to as the Dirty Dozen, Edwardsville High School Class of 1953, started a scholarship fund through Edwardsville Community Foundation almost 20 years ago. Today, this fund gives perpetually, issuing 30 scholarships annually to Edwardsville High School graduates.

Wentz and his wife, Joan, have also established multiple scholarship funds and endowments at Edwardsville High School, Missouri University of Science and Technology and SIUE. Al Wentz has also taught in Indonesia and started the St. John’s Methodist Community Garden.

“The Legacy Awards was an opportunity for the Edwardsville Community Foundation and our community partners to recognize those individuals and organizations that give so much to make our local communities better,” said Patty Navin, chairman of the foundation. “We are honored to have presented Al Wentz with the first annual Philanthropist of the Year Legacy Award and look forward to honoring other influential individuals in the future.”

The bank’s scholarship program awards four seniors in Madison and St. Clair counties annually, which are managed through the Edwardsville Community Foundation.
Three nonprofit groups and their volunteers also were recognized for their local work:

– Twigs, founded by Lisa Guilliams in 2011 in Granite City as an effort to feed local children that don’t have enough to eat. Twigs has developed three successful programs to get food to children who need it, and to raise awareness of the problem of childhood hunger. It now serves 17 Illinois communities and has the support of area mayors, police and fire departments, school districts and businesses.

– Allison’s Hope, inspired by Allison Cassens, whose final wish was to raise money for cancer research. Since 2004, her family has been honoring her wish by supporting the work of the Mary Crowley Cancer Research Center. The Crowley Center works to expand treatment options for cancer patients through the exploration of investigational molecular and cellular therapies. Since Allison’s Hope was established 12 years ago, it has raised more than a million dollars to help others diagnosed with cancer.

Edwardsville Community Foundation was established to create an organization where people could donate money that would directly impact the quality of life in the local communities. Today, it receives, manages and distributes tax-deductible charitable contributions for the benefit of the residents living in the local communities as defined by the Edwardsville School District 7. Since its inception in 1997, The Edwardsville Community Foundation has distributed more than $5.4 million to charitable causes, scholarships and grants.