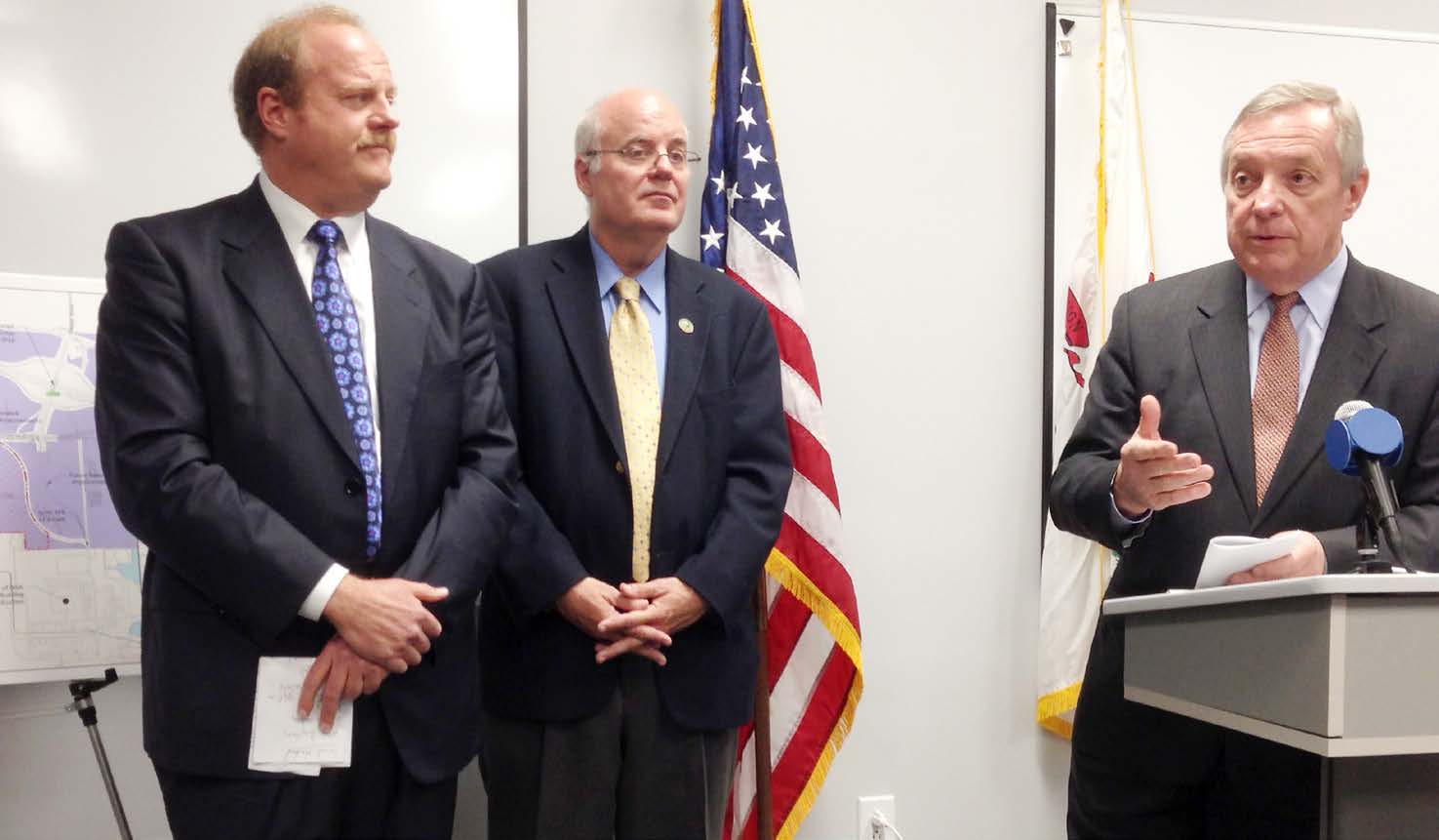 SCOTT AFB — Metro East officials are going all-out to lure a federal intelligence agency to Southern Illinois, doubling their offer of free land on a proposed site that was a prime contender for the same project just a decade ago.
But they face stiff competition from the home base of the National Geospatial-Intelligence Agency — the city of St. Louis, which is scrambling to buy up or otherwise acquire the necessary property to move the facility from the south side to the north side of the community, near Cass and North Jefferson Avenues.
At stake is a project involving a $1.6 billion investment and more than 3,000 jobs. Two other, less touted sites are also possible, in Fenton and Mehlville, Mo.
A contingent of local and federal leaders has come together in recent weeks to voice its support of the Illinois plan, which received a considerable boost when St. Clair County increased its offer of 182 acres alongside Scott Air Force Base by another 200 acres.
St. Clair County Board Chairman Mark Kern said comments by the U.S. Army Corps of Engineers triggered the land offer. The Corps has referred to the project as a “99-year decision,” meaning the need for a site that’s good for a century.
“This would enable NGA to build for generations,” Kern said. “It would not only allow them to have additional buffer or building zone, but it would provide opportunities for NGA to do whatever they wanted on the site.”
With the growing nature of cyber security, he said, NGA might find it useful to have the land available for potential cyber partners down the road.
The Corps of Engineers released a Draft Environmental Impact Statement assessing the qualities of the four competing sites.
Kern said the county is addressing some archaeological concerns that have been pointed out, involving an old German farmhouse on the land.
“We’re ready to go to mitigate the site. We know we’re $150,000 away and about 45 days from having the site mitigated (analyzed and protected),” he said recently.
“There are no other knocks (in the Corps’ report),” Kern said. “We have everything taken care of. There is nothing on this site that prohibits NGA from starting building in the first quarter of 2016. We know we are the only site that meets and exceeds the needs of the NGA.”
Kern, Madison County Board Chairman Alan Dunstan, U.S. Sen. Dick Durbin and representatives of local congressmen gathered this past month for a press briefing at Scott AFB.