Yes, graduates are more likely to find jobs, contribute to the community well being 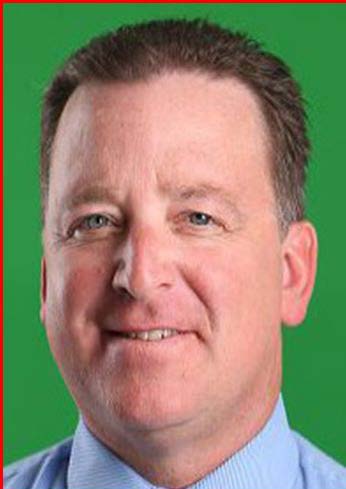 The debate about the value of a college education persists, and that’s appropriate given that for many it’s a sizable investment. What we know, and it’s been studied and confirmed by many respected entities including the Pew Research Center and the Federal Reserve Board of San Francisco recently, is that the premium of wages earned over a lifetime is now greater than ever. College graduates are more likely to find jobs, and retain them. During the recent economic downturn, college graduates had an unemployment rate one half that of non-college grads.
Some argue that a college degree “isn’t for everybody.” But it’s undeniable that the modern economy simply demands more skilled workers than it did 25 years ago. So whether it’s teaching grade school or working in an automated manufacturing environment, the days of walking into a job out of high school and retiring there are long gone.
As states compete to attract employers and good jobs, the public focus is often on wages and tax burden. But often the deciding factor in where businesses locate is the readiness of skilled workers that fit their particular industry.
If anything, what’s becoming clear is the rising cost of not going to college. There’s little dispute about the earnings gap, but what’s less understood are the benefits (many of which can be quantified in dollars) that exist beyond earnings. College graduates are more civically involved in their communities, are more likely to get married, to pay more taxes, to be less reliant on social service programs, and the list goes on. Clearly, it not just the individual who benefits from a college education, it’s the community and state in which they live.
Put yourself in the role of hiring manager at a local business, large or small. You get dozens, maybe even hundreds of resumes for a lower-level desk job with a decent salary and benefits. How do you decide which of your candidates – many of whom have little or no experience in the workplace – is the best fit? Time and time again, you’ll look for the college degree that shows the applicant is serious about investing in his or her future success. But doesn’t the fact that Steve Jobs, Bill Gates and others who have built multi-billion dollar companies without college degrees suggest that its more the individual than the degree that predicts success. Individual intelligence and drive are certainly factors, although these success stories are the extreme exception to the rule.
And remember, when Apple and Microsoft look to hire employees with the right skill sets, they don’t consider just anybody, they overwhelmingly recruit from colleges and universities.
Higher education faces major challenges, especially how to deliver high quality learning at an affordable price and how to improve graduation rates. It’s true, too many people start college and don’t finish. From that perspective their investment is diminished. But over the last 20 years, policymakers in many states have created challenges by reducing financial support for higher education. Take Illinois for example. Not even considering the current budget impasse, Illinois’ highly respected system of public and private universities and community colleges receive around $1 billion less in funding than they did a dozen years ago. It’s not a great surprise that, partly in response, tuition has steadily risen to compensate for these cutbacks. This disinvestment has hurt the state and hit consumers (in this case, students) disproportionately hard.
There is anecdotal evidence that college isn’t worth the investment. Every week the media report stories about a student who racked up $150,000 in debt without graduating. In fact, in 2014, the average debt for the seven out of 10 students who graduated from a four-year public or private college or university in Illinois was around $29,000. Admittedly, this is a large figure, but it must be considered in light of an additional $830,000 in lifetime earnings. Few investments offer that much return.
Ultimately, we are losing the continuous competitive battle for more students and more economic opportunities to strengthen our state when we debate whether college is worth it. The more productive discussion is over how we invest in our vast network of colleges and universities and in our students to fuel our recovery — improving completion rates, adjusting and refining curriculum for the modern workforce, and placing a higher public priority on directing funding to those students who can least afford it and have the most to gain, and in turn give back to Illinois.
David W. Tretter is president of the Federation of Independent Illinois Colleges and Universities