Not always. There are many options available for climbing the ladder of economic opportunity 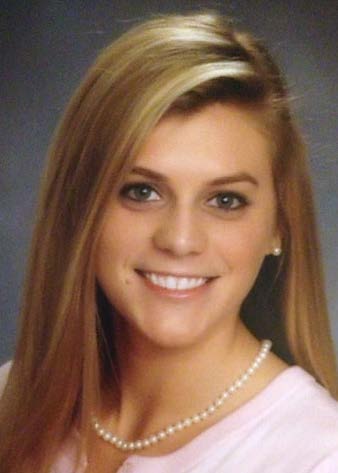 American college students are in a bind. They graduate with an average debt of almost $30,000. The cumulative student loan debt exceeds $1.12 trillion, and almost 15 percent of those loans are in default.
For decades, society has assured young people that student debt is part and parcel of the college experience and that the return on their investment is coming.
The federal government has been a big booster of both college enrolment and student lending — both of which have grown markedly. And the push continues. President Obama has set a goal: that “by 2020… (the U.S. will) once again have the highest proportion of college graduates in the world.” And he sees expanded federal lending to students as a way to get there.
But, the assumption that borrowing for college is universally advisable may no longer be tenable. Encouraging students to amass debt to go to college may be doing more harm than good for some. Even though Washington has been “nudging” students to take on more and more student debt through easy access to federal student loans and caps on repayment, the Department of Education’s own report concedes that “At 53 percent of institutions, more than half of alumni are not even earning more than a typical high school graduate within six years after starting at the school.”
That’s a breathtaking finding, particularly for those students who had hoped that a buy now, pay later college degree would put them on the path toward upward mobility. It’s also further indication that America’s university system is an outdated model that is not conducive to empowering individuals with the tools they need to be successful in today’s economy. As economist Richard Vedder has written, although there are many students who substantially benefit economically from attending college “a not inconsequential number of Americans who obtain higher education do not achieve the economic gains traditionally accompanying the acquisition of college level credentials.” Vedder notes that nearly half of college graduates who are employed are in jobs that don’t require a bachelor’s degree, as determined by the Bureau of Labor Statistics.
Indeed, “state-subsidized intellectual curiosity,” as Ronald Reagan once put it, may disadvantage students and taxpayers alike. Purdue University President Mitch Daniels argues that high levels of student debt discourage young people from participating in many of life’s foundational milestones, such as buying a home or getting married. Equally troubling, high student loan debt has been linked to the decline in small business ownership — the backbone of our economy and for many, the gateway to realizing the American Dream.
While it would be unwise to say that college is no longer worth the cost, it would be equally unwise to say that it is the right choice for everyone. Solving the college cost puzzle begins with addressing the true causes of tuition inflation.
First, we must restore private lending in the market place. The federal government now controls about 93 percent of all student loans. These loans are an attractive option for students because they offer low interest rates and little oversight. Credit checks, ability to repay, college major – many of the considerations that would be taken into account in a private market – are not conditions on federal lending. And when a student is unable to repay and defaults on a loan, taxpayers pick up the tab.
Moreover, the massive influx of taxpayer money into the higher education system has distorted the market, encouraging colleges and universities to raise their tuition costs. Knowing that students have access to substantial sums of federal aid, colleges can increase costs profligately since third party payments mean students don’t immediately feel the impact. To reduce the price of college and empower more students to pay out of pocket, we need to restore market incentives into the student loan system and hold university administrators accountable for their tuition costs.
Second, we must decouple federal financing from accreditation. The current system accredits colleges in their entirety, conferring accreditation on all courses taught by an accredited college. This puts courses void of intellectual rigor on par with those that actually impart marketable skills or deep learning. Organic chemistry and statistics are anointed with the same accreditation as classes such as “The Anatomy of the Hipster” and the “Sociology of Miley Cyrus.”
Sen. Mike Lee, R-Utah, and Rep. Ron Desantis, R-Fla., have introduced a proposal to decouple federal financial aid from accreditation, allow new and innovative entities to accredit and credential courses, and let student loan and grant dollars follow students to individual courses. As Sen. Lee explains it:
“Students could mix and match courses, programs, tests, on-line and on-campus credits a la carte, pursuing their degree or certification at their own pace … while bringing down costs to themselves, their families, and the taxpayers. This is what conservative reform should be trying to create: an open, affordable, innovative higher education system to better serve and secure all Americans in a global information economy.”
The concept that most 18-year-old students in the United States, each of whom possesses unique goals and priorities, should attend a four-year brick and mortar school fails to reflect the diversity of options available for climbing the ladder of economic opportunity. Saddling students with debt – sometimes for degrees of questionable value – hamstrings their ability to grab ahold of that first rung. We can do better, and it begins with a willingness to tackle the two primary drivers of college price inflation: an open flow of federal student aid and an ossified accreditations system.
Clare Reim is a research associate in The Heritage Foundation’s Institute for Family, Community and Opportunity.