“There are so many positives coming out of the October 2015 Metro East housing statistics,” said Doug Payne, president of the Realtor Association of Southwestern Illinois. “We look forward to wrapping up 2015 with encouraging news about the real estate, which in turn is positive for the economy. “

Payne said Realtors recently fought and won many legislative and political battles to protect private property owner rights. One of these victories included stopping legislation that would have amended the Seller’s Disclosure Act. The legislation would have required all homeowners seeking to sell their homes to hire a licensed plumber to conduct a video inspection of their sewer line prior to a sale. This inspection would have been highly costly to sellers and could have potentially stopped transactions, he said. 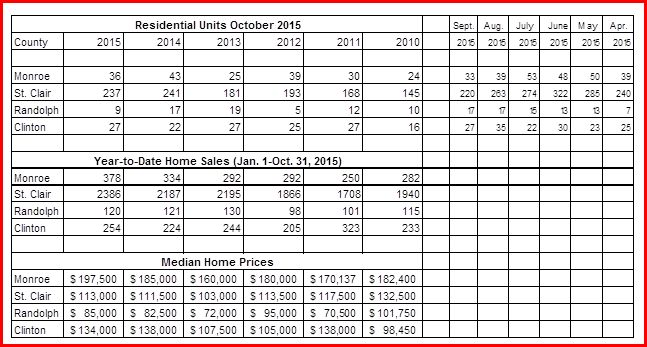