ALTON – Serving a military tour in Iraq is a distinction not many can claim. Returning from the war to launch a local business is yet another distinction achieved by BOCO Contracting & Construction LLC President Josh Coggins.

To share these experiences with his brother, says Coggins, is pretty remarkable. Coggins and his half-brother, Jamey Bollinger, are partners in the construction company they began one year ago. 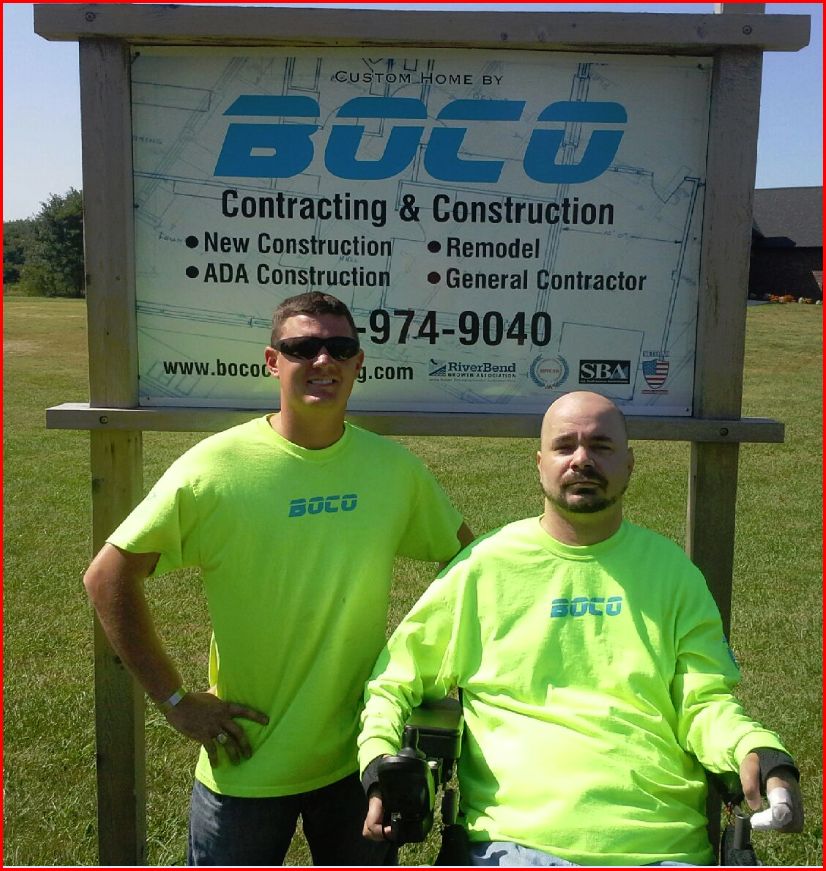 Both Alton natives, the duo joined the U.S. military and served in Iraq on two separate units. But their paths surprisingly overlapped thousands of miles from home in a strange and dangerous land.

“The first day when I came up from Kuwait, I heard someone yell my first name,” said Coggins. “He had all his gear on – his goggles, his helmet – but I knew from his voice that he was my brother.”

When Bollinger was injured a short time later, Coggins was allowed to travel home with his sibling to be with him through his recovery.

“We’ve shared a lot of things together,” Coggins said, “but we’d never partnered to form a business. It seemed like a natural thing since we’d been rehabbing houses together for years.”

BOCO stands for the first two letters in each man’s last name. They sought the expertise of the Metro East Small Business Development Center, namely Small Business Specialist Jo Ann DiMaggio May, for expertise on how to grow the service-disabled, veteran-owned small business.

“When we started working with Jo Ann and the SBDC, we had questions on how to get financing and a line of credit,” said Coggins. “Jo Ann assisted us and helped fine-tune our business plan. She’s extremely personable. Without a doubt, I plan to return to her for additional expertise.”

Thanks to the complimentary business expertise and support BOCO Contracting & Construction received from the Metro East SBDC at SIUE, Coggins and Bollinger recently landed their first major client: the Federal Aviation Administration.

“We’ll be doing hazardous materials removal, so the FAA can do some remodeling,” said Coggins. “I am so proud to be connected with BOCO and their success,” DiMaggio May said. “Josh and Jamey are extremely dedicated and hard working. I look forward to assisting them further.”

The Metro East SBDC assists start-up ventures like BOCO as well as existing businesses headquartered in the nine-county Metro East region of Calhoun, Jersey, Madison, Bond, Clinton, St. Clair, Washington, Monroe and Randolph. It is a service to the community supported by the SBA.