Gen. Colin L. Powell, former U.S. secretary of state, will launch the speaker series for the Mannie Jackson Center for the Humanities in Edwardsville.

Powell will be the guest speaker at the Mannie Jackson Center for the Humanities Foundation’s inaugural dinner on March 31, 2016. The dinner will be held at Southern Illinois University Edwardsville’s Meridian Ballroom, beginning at 5:30 p.m. 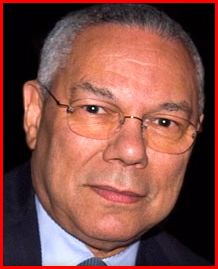 “We are very pleased to be able to announce Gen. Colin Powell as our first national speaker for the MJCHF,” said President and Director Mannie Jackson. “Gen. Powell will launch the Mannie Jackson Center for the Humanities as a place where important conversation is held regarding critical issues facing our country. He has made a lifetime commitment to public service and instituting freedom throughout the world.”

“The Mannie Jackson Center for the Humanities will serve as a ground for discussions and dialogue about respect, dignity, understanding and forgiveness, with a goal of improving and changing relationships,” said MJCHF Executive Director Ed Hightower. “Through Gen. Powell’s experience, we believe he can help illustrate and frame these discussions.”

A four-star general, some of Powell’s numerous awards include two Presidential Medals of Freedom. Powell is also the author of the best-selling autobiography, “My American Journey,” and his second book, “It Worked for Me,” was an instant New York Times best seller. Through his works, he reveals the lessons that shaped his life and career.

“The opportunity to hear and see Gen. Powell speak is one example of the high caliber programming we plan to present at the Center,” said LCCC President Dale Chapman. “It is through opportunities like this one that we hope to promote the Center’s mission to open people’s minds to accepting and understanding each other’s differences and move toward a more united global community.”

Tickets to the Inaugural Dinner are $200 per person, and will go on sale Nov. 23 at 9 a.m. The 200 tickets available will be sold on a first-come, first-served basis, and can be purchased online at www.mjchf.org/colinpowell.

The MJCHF is a 501(c)(3) organization, which supports the Mannie Jackson Center for the Humanities, a division of Lewis and Clark Community College. The center was created to bring together diverse audiences and humanities programming through lectures, readings, dialogues, public engagement opportunities and educational activities.