EDWARDSVILLE – Alan Dunstan on Thursday officially announced his candidacy for re-election as chairman of the Madison County Board.

Dunstan cited his desire to continue what he called effective management of the county and to continue leading on critical regional issues.

“It has been a privilege to serve the people of Madison County, and every day I work to do what is right and what is best for them,” he said in a statement. “I continually work to earn the trust of the people by ensuring Madison County is the best, most efficiently managed county in the State of Illinois.” 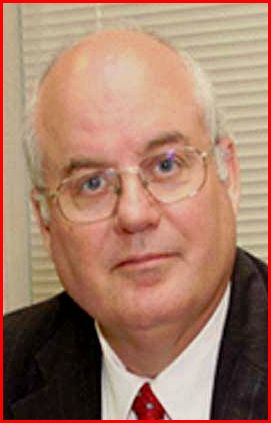 Dunstan (right), a Democrat from Troy, was first elected chairman by County Board members in 2002, before the job became a countywide elected position. He became the first chair elected by the people in 2004 and was retained by voters in two subsequent elections.

Many of his accomplishments have been fiscal ones.

”I have worked to keep the county in sound financial condition, ensuring the county is debt-free and operates with a balanced budget.” Dunstan said.

While he has been chairman, Madison County has streamlined county government, reducing the size of its workforce by more than 300 employees.

“Madison County is not immune to the same economic factors which impact our citizens. And like our citizens, we have made tough financial decisions while still reducing the county’s reliance on property taxes. In 2016, Madison County government will levy less property tax than it did four years ago.”

The chairman said he is particularly proud of his working relationship with the Democrats and Republicans on the Madison County Board.

“As chairman, it is my responsibility to work in a bipartisan manner with every elected official, to find common ground. The leaders of our state and federal governments could learn something from how Madison County works together.”

Dunstan said he led the effort to rehabilitate the Metro East levee system, which protects significant portions of the county from potentially catastrophic flooding. The chairman also implemented many public safety improvements that enhance the capability of emergency responders, including the development of a state-of-the-art Emergency Response Center, upgrades to the 911 Emergency Telephone and regional radio communications systems, and the development of a computer-aided dispatch and records management system which enables police and fire departments to efficiently share information and respond faster to emergencies.

“Under my leadership, the county has done everything possible to ensure the men and women who serve in our police and fire departments, as well as every other emergency responder, have the technology, equipment and support to do their jobs and protect our citizens,” he said.

Promoting economic development and creating jobs for county residents continues to be a priority. He has supported efforts that led to Madison County becoming a state-of-the-art intermodal transportation hub, which has created more than 5,000 new jobs. He has also been a leading advocate of the new St. Louis Gateway Regional Freight District and was recognized by the Leadership Council Southwestern Illinois for his efforts in its creation.

“My record on fiscal management, enhancing public safety, economic development and job creation speaks for itself,” he said. “Madison County has firmly moved into the 21st century and our future is bright.”

Only one other candidate has announced so far and that is on the Republican side, Kurt Prenzler, the incumbent Madison County treasurer.