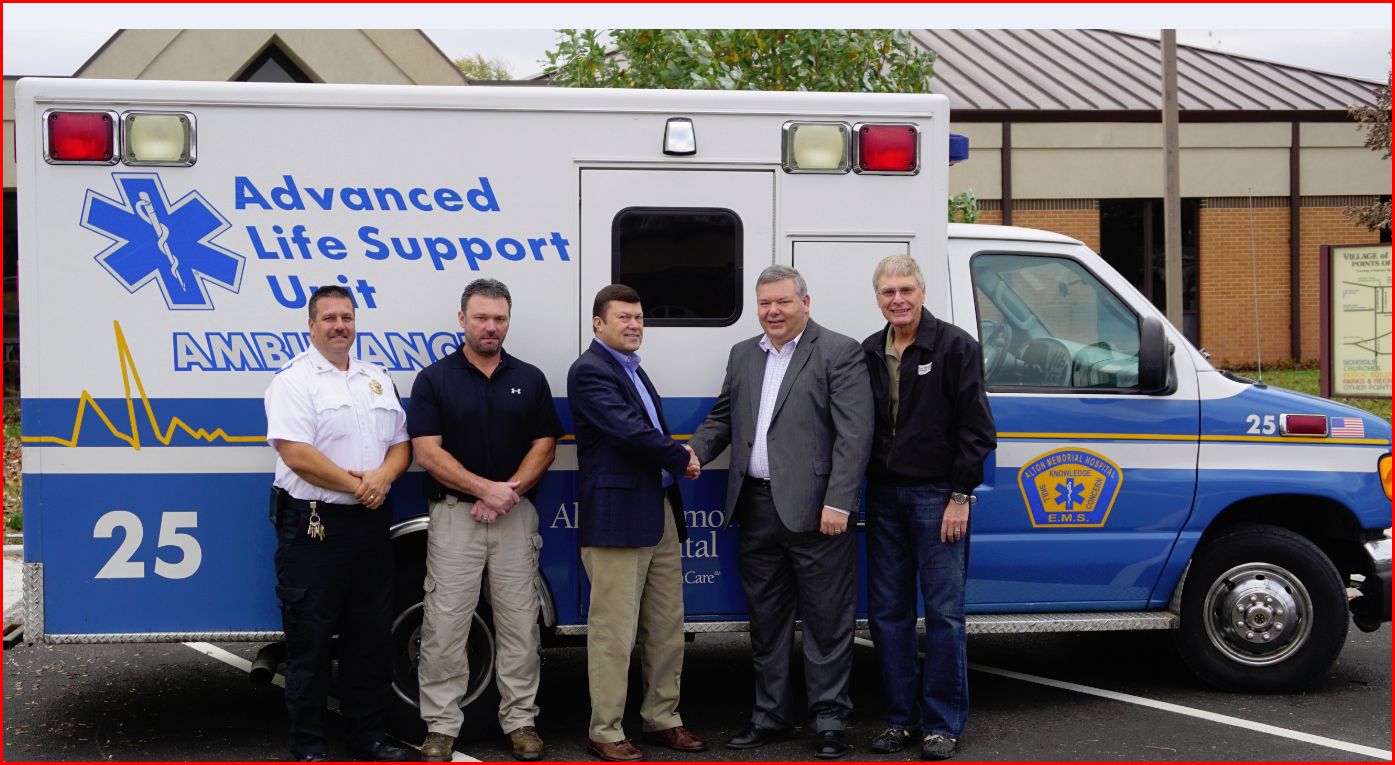 Alton Memorial Hospital has donated an ambulance to the village of Bethalto. Accepting the ambulance from AMH President Dave Braasch, center, is Bethalto Mayor Alan Winslow. With a brand new ambulance now on line, this one was to be taken out of service. However, Winslow reached out to Ken Balsters (far right), the Bethalto village attorney who is also on the AMH board of directors. Bethalto’s Public Works Department was in need of a vehicle heavy duty enough to house a robotic camera system it is purchasing. The system is used to see inside sewer and storm pipes. The village  would have had to call a contractor, costly in terms of both expense and time. Also in the picture are Jason Bowman, far left, EMS supervisor at AMH; and Rod Cheatham, Bethalto Public Works director.