BELOW: Rendering of the exterior of the satellite fire station

City of Edwardsville and Edwardsville Fire Department have broken ground on their new satellite station at Southern Illinois University Edwardsville.

“We knew that it just made sense to have our trained professionals only seconds away from the 13,000 students and employees on campus and have their safety remain one of our top priorities,” said Edwardsville Mayor Hal Patton during the ceremony this past weekend. 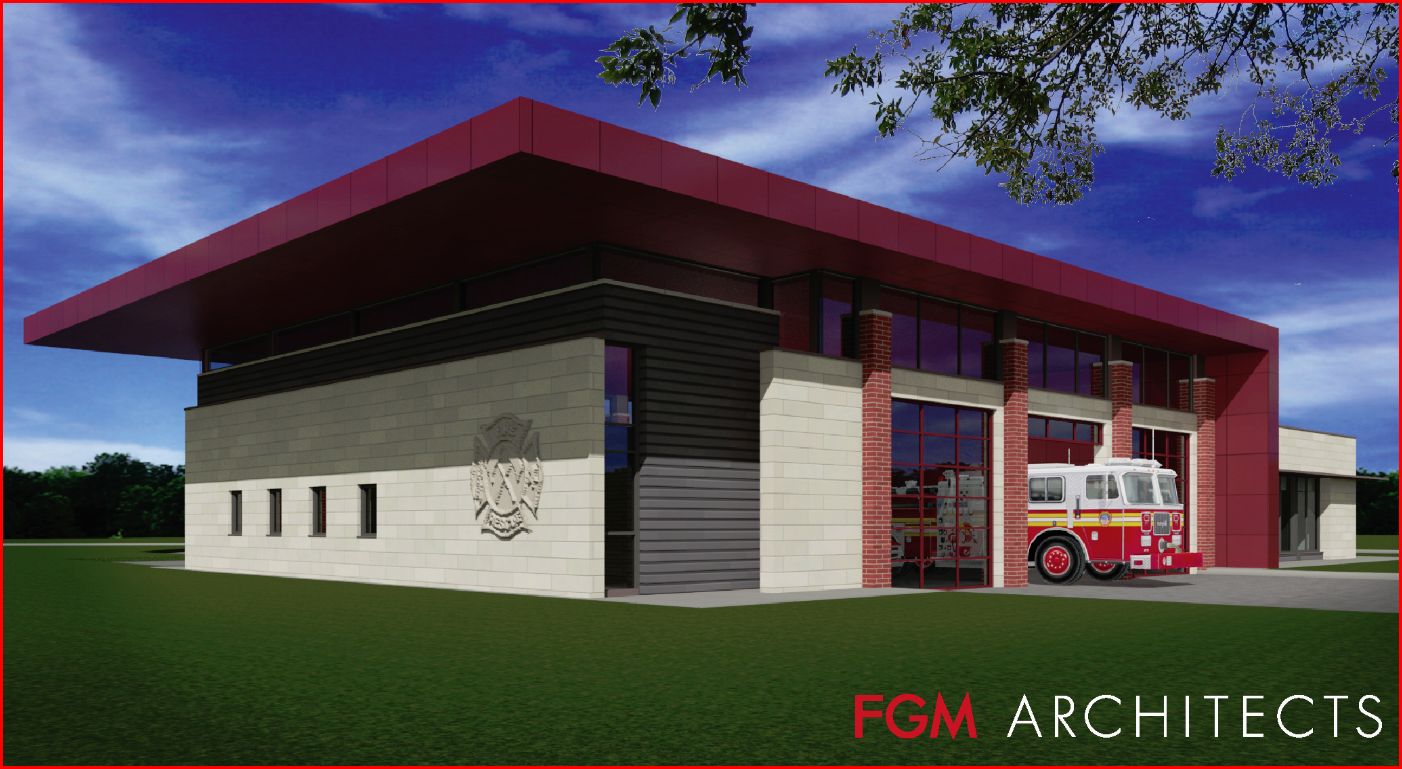 The new 8,300-square-foot satellite station was designed by FGM Architects and will be constructed by L. Wolf Contractors Co. Attended by many city, state and university officials as well as members of the fire department, the ceremony was held on the station’s future site near the university’s water tower on North University Drive by the Early Childhood Center.

“The groundbreaking for our new fire station is the culmination of countless hours of work by dozens of individuals concerned about the health and welfare of the students and employees of SIUE as well as those who work at the Gateway and Lakeview Commerce Centers,” City Administrator Tim Harr said.

Expected to be completed by September 2016, this new facility will provide quicker access to the university as well as improve response times to the outer areas of Edwardsville, which includes Gateway and Lakeview Commerce Centers, two industrial parks located along Illinois 255.

FGM Architects was chosen by the city in 2014 to complete a space needs, feasibility and master plan study for the city. The firm was then commissioned to design both the satellite station and the city’s combined Public Safety Facility, which will serve as both the police and fire headquarters. Designs are still being finalized for the 40,000-square-foot Public Safety Facility, which will be located on Main Street just south of downtown Edwardsville.

FGM Architects is based in O’Fallon. A team of 79 professionals specializes in the planning and design of environments for study, work and play, from early strategic facilities planning through building and interior design to furniture selection. The firm was started in 1945.

L. Wolf Contractors Co., of Granite City, is a general contractor that performs a wide range of projects including industrial, commercial and institutional facilities for both public and private owners.