Move slowly, privacy is concern, but precipitous legislation may cut off innovation

By ADAM SCHWARTZ
Not so long ago, most Americans viewed unmanned aerial vehicles, also known as drones, as a military tool being utilized in foreign battlefields. Flying high over the mountains of Afghanistan, the military’s drones could drop bombs on difficult to reach targets, ostensibly without the risk of sending troops into some hard to reach areas. As the videos began to appear more regularly on news programs and elsewhere, it appeared that a futuristic vision of military combat from a Hollywood movie had come to life. 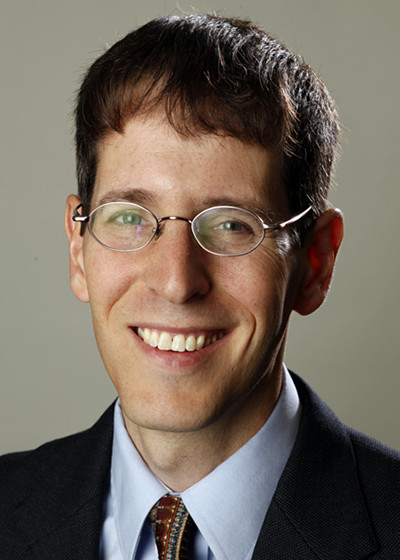 Fast forward a few years and the fast pace of technology has transformed (again) the notion of drones from purely a military tool to widely accessible machinery that can be used by enthusiasts both experienced and novice. Open up the Sunday newspaper today and various stores regularly advertise small unmanned vehicles for sale, often for less than $100. More sophisticated versions of drones are available, at costs that are still accessible to many consumers.
What do we make of the widespread availability of drones? Do they pose a threat to personal privacy in modern America? Are they a means for ordinary people to gather news? And, should the use of drones be regulated by government in order to protect privacy? Perhaps most important, how do we adopt new regulations that keep pace with the breath-taking pace of technological advancements, where every year brings new innovations unimagined just a few years ago?
As a beginning answer to these questions, it must be acknowledged that drones, in fact, do pose a serious privacy risk to Americans. Drones are small, incredibly mobile and often are deployed with high resolution cameras that can zoom in and capture close up images from a great distance. The ACLU and other advocates have expressed concern about the way in which this powerful technology might be used by government, especially by law enforcement.
One can imagine, for example, that law enforcement would see drones as a helpful tool in tracking someone that they suspected of engaging in crime. Rather than having to commit significant resources, perhaps several officers comprising a significant percentage of a small department’s personnel, over several days, a drone could be kept in the air for a long period of time with a camera zooming in on the suspicious individual.
If surveillance is that easily available, one can imagine that the very real chance for abuse, with governmental authorities deploying this sort of surveillance against someone for illegitimate reasons – perhaps because of political opposition, because someone’s lifestyle is outside the mainstream, or (in cases that are all too familiar) because a law enforcement officer wanted to track someone with whom they once had a romantic relationship.
Because of these concerns, the ACLU worked two years ago with state Sen. Daniel Biss, other legislators, members of law enforcement and other interested parties to pass first-of-its-kind legislation in Illinois that placed reasonable limits on the use of drone surveillance in our state. Now fixed in law, the regulation is simple – outside of some extraordinary circumstances involving an imminent threat to life or to take photos at a crime scene or traffic crash scene on the highway, police in Illinois need to get a warrant from a judge in order to conduct surveillance using a drone.
In short, the law applies the time-tested principles of the 4th Amendment to the U.S. Constitution to the new technology, protecting us from overreach by government. A year later, Illinois adopted a related measure, assuring that police could not evade the new privacy protection by requesting that a privately-owned drone be used to conduct police surveillance. Under Illinois law, that now requires a warrant as well.
But what of the private use of drones – does that present privacy questions in need of regulation? As more and more enthusiasts use drones and fly them over populated areas, there is no question that they will raise significant privacy issues. But we believe that now is not the time to adopt new regulations that address problems that have not yet come fully into focus.
This should be contrasted with governmental use of drones where we see a long history of law enforcement using technology to infringe on individual privacy.
Moreover, problems that many have identified with the private use of drones – “peeping toms,” trespassing and nuisances – already are covered by existing criminal laws or could be addressed through civil actions.
Perhaps most important, we see drones being used today increasingly by photographers and videographers, for purposes including art, journalism, and public policy advocacy. The creation of photos and movies long have enjoyed First Amendment protections, which raise significant legal and constitutional issues when legislators attempt to define regulations on the private use of drones. It may be that in the future we will see drones used as a critical check on government power, allowing all citizens to monitor government activity in real time to guard against abuses and overreach. Given the way in which smartphone videos have contributed to the debate over police-civilian relations across the country, it would be unfortunate if precipitous legislation now cut off any sort of innovation that worked to advance the public’s access to information. And, some activists are using drones to capture the number of people at a rally or event, as a means of organizing – another activity protected by the Constitution.
Governmental bodies, at all levels, may wish to restrict the use of drones for safety reasons, barring flights in particular sensitive areas or requiring some sort of licensing. These issues may be necessitated by public safety, and should not be used as a ruse simply to limit other uses of drones.
The move of drones from the foreign battlefield to our nation’s own skies merits our continued attention and dialogue. But let’s not overreact. In Illinois we have taken a first, necessary step to insure that police do not abuse drone technology. Let’s see how private use plays out before rushing to legislate in this area.
Adam Schwartz is senior legal counsel for American Civil Liberties Union of Illinois.