By DENNIS GRUBAUGH
EDWARDSVILLE — Call it a $20 million salute to human dignity — that’s how much Edwardsville benefactor Mannie Jackson is prepared to spend on a project that could transform the community’s Main Street in the next two years.
As the Mannie Jackson Center for the Humanities prepares to open Dec. 1 in the former Lincoln School — where $4.5 million is being spent on renovations — plans are also in the works for major expansion of that project. 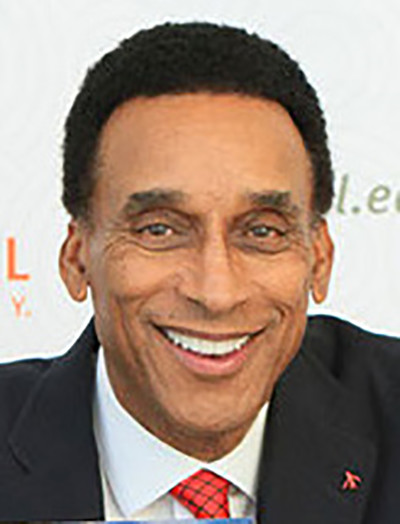 Jackson has acquired multiple properties along North Main Street and is quickly moving on plans for a state-financed conference center, a privately built hotel and a three-story parking garage.
The parking garage will be built on the opposite side of North Main, at what is now the former, vacant Rusty’s Restaurant, which could be razed as early as this month, officials say. The garage would be set back from Main Street with the idea of luring potential business development in the front of it.
Ed Hightower, the retired, longtime Edwardsville school superintendent, was named in August to be executive director of the Mannie Jackson Center for the Humanities Foundation, which is collaborating on the project with Lewis and Clark Community College.
Jackson, 76, bought the vacant Lincoln School — a historic black school, badly in need of repair — in 2008 for $600,000 and donated another $200,000 in 2012 for the creation of an endowment and the Center for the Humanities.