BELLEVILLE – The Realtor Association of Southwestern Illinois says year-to-date home sales are on the rise compared to a year ago.

“We are excited to see such positive trends in the Metro East real estate market,” said Doug Payne, president of the Realtors Association of Southwestern Illinois. “These positive trends follow the statewide positive trends. According to the Illinois Association of Realtors, the average days on market for a home in Illinois is 64 days. Some other great news was just released by CoreLogic. According to CoreLogic, 91 percent of United States properties that have mortgages now have positive equity. These encouraging statistics along with the median home prices continuing to remain stable and mortgage rates still remaining incredibly low, make for a great time to sell or buy a home.” 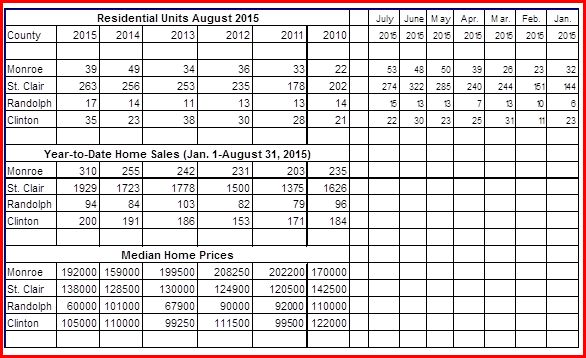