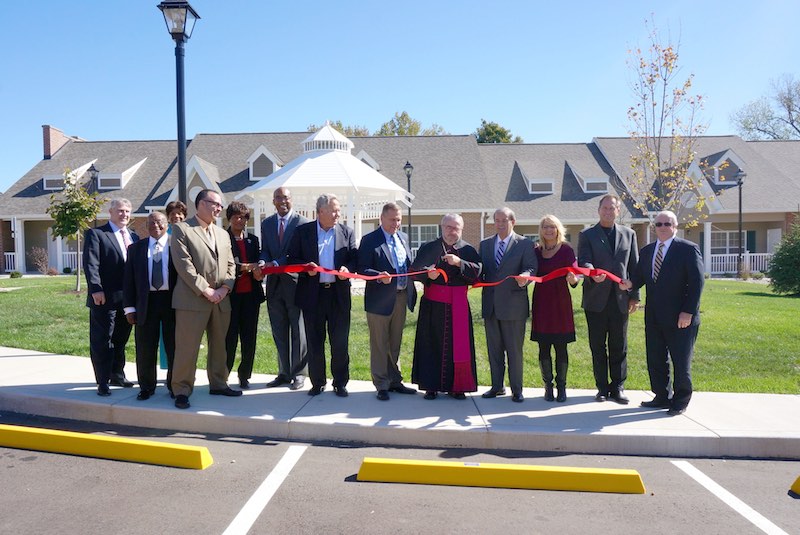 BELLEVILLE – The Cottages at Cathedral Square grand opening was held Friday, Oct. 16, with a host of dignitaries on hand.

Msgr. John Myler of the Cathedral of Saint Peter helped cut the grand opening ribbon (above). Former Congressman Jerry Costello, state Rep. Jay Hoffman, D-Swansea, and state Sen. James Clayborne, D-Belleville, were among those in the photo above, as is Congressman Mike Bost, R-Murphysboro, who is also shown addressing the crowd (below left).

The Cottages at Cathedral Square is a $6 million, 32-unit affordable-housing project designed for senior citizens in downtown Belleville. It was developed by Metropolitan Housing Development Corporation and Touchette Regional Hospital, and constructed by IMPACT Strategies. The site is at 300 S. Second St. on a once-abandoned lot  The $6 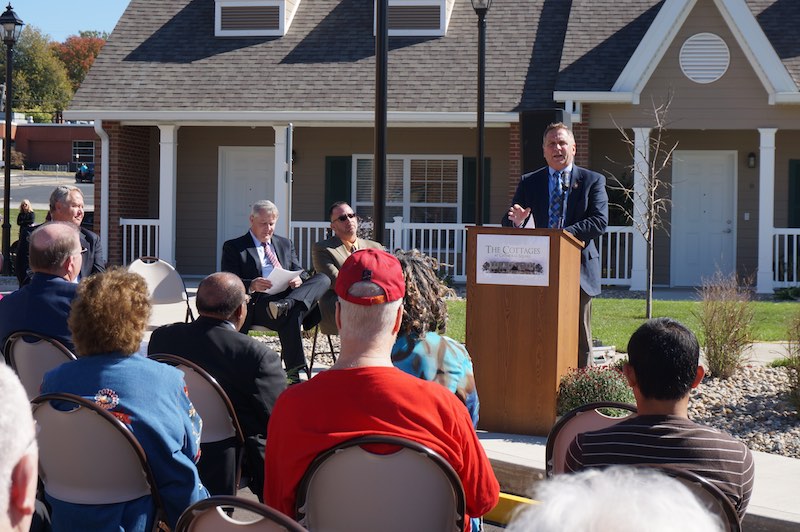 What was once a vision of the Cathedral of Saint Peter parish has become a reality through collaboration between public and private organizations. The Cottages is open to residents over age 62 and offers lease rates based on each individual’s income. The facility features both one- and two-bedroom apartments as well as separate German-style cottages that are reminiscent of the homes that once lined downtown Belleville’s streets. 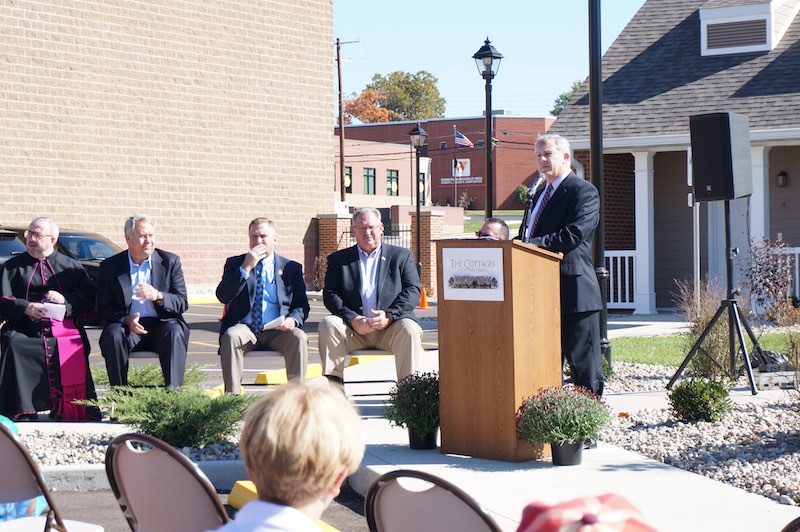 The building is the first in Belleville to receive the ICC 700 National Green Building Standard’s bronze certification for green practices incorporated into its design and construction.

Larry McCulley, president and CEO of Southern Illinois Healthcare Foundation (below right), was among speakers at Friday’s event.